The new Aston Martin DB11 Convertible is the drop-top version of the standard DB11. It’s an even more glamorous, dramatic and – despite the removal of the roof – elegant proposition.

When you want it to be, it’s also formidable, covering the 0-62 dash in  4.1 seconds. And when you need it to, it can also accommodate the whole family.

But it’s the new electric roof itself that’s going to grab the attention this time around. Composed of 8 layers of fabric, it gives the car a stunning silhouette when up or down – something its predecessor just didn’t have.

Aston Martin have an interesting history. Read more about it in our brief history of Aston Martin.

OSV takes a closer look at what it’s all about with our 2018 Aston Martin DB11 Convertible review.

Many of us buy a convertible to take it easy. Perhaps we’ll take it for a spin in the city, or go for a stroll along a winding country road on a hot summer’s day.

The DB11 Convertible is a different animal altogether though. With a fierce twin-turbocharged 4.0-litre V8 engine under its belt that develops 503bhp, it’s going to want more out of life than a lazy Sunday afternoon stroll.

0-62 is taken care of in 4.1 seconds, and the car sounds as bombastic as you’d expect from such an engine. Some enthusiasts might bemoan the lack of a V12 option, but this variant is sharp, fun and loud.

It’s a heavy car, however, and you’re often aware of its weight. That said, Aston Martin’s dedicated team of expert engineers have been hard at work to make sure the car didn’t flop about when the roof came off. The metal sills have been stiffened, the structural underlay is entirely new, and it feels more responsive and sharper than the Coupe version.

As always, the driver is set low down in the cockpit, although this isn’t necessarily good for visibility as the DB11 is such a long car. To counter this, Aston Martin have made sure its steering is as positive as possible so that you still feel plenty confident.

The ride is smooth for the most part, and the car barely winces, even on coarser road surfaces. There are different driving modes to flick through, including Sport+ mode which makes the exhaust even noisier, and GT mode that sedates the engine while softening the suspension.

Aston Martin produces genuinely gorgeous interiors that frustrate as much as they hypnotise you.

Why the frustration? Because you know they can do better, and you wonder why they don’t. Most of the time, Aston Martin’s sport a timeless, handmade design but they lack the modernity of their rivals. Here, the DB11’s cabin looks dated in parts, but it’s also lacking in quality at times. For example, the air vents are far too basic for a car like this.

This is still a handsome interior – but it’s very much fit for James Bond, and not for a king. It’s comfortable, well kitted-out and convenient. The likes of sat-nav, a 360-degree camera, keyless entry, an 8” infotainment screen and power adjustable heated seats are all on hand to make your life easier.

Is the Aston Martin DB11 Convertible practical? It’s as usable as its Coupe sibling, which is a roundabout way of saying that it’s fairly practical for a drop top. The roof can be operated at speeds topping 31mph, and it folds open in 14.0 seconds and closes in 16.0 seconds.

Insulation isn’t too great when the roof is down, but when it’s up it’s only a tad noisier than the Coupe.

It comes with a pair of rear seats that are ideal for small children (and no one else), and both these seats come with ISOFIX mountings. The boot meanwhile, measures a respectable 224-litres. That represents a pretty big increase on its predecessor, and on the whole, the DB11 Convertible can cope with a young family quite well.

Is the Aston Martin DB11 Convertible reliable? Read our honest and unbiased assessment of the luxury marque to find out more.

Equipment and Safety of the Aston Martin DB11 Convertible

There’s only one trim level available, and the DB11 comes well kitted-out (as it should at this price point). The likes of cruise control, sat-nav, heated seats, a height adjustable driver’s seat, body coloured bumpers, heated mirrors, metallic paint, leather seat trim and sports seats are all standard.

In terms of how safe the car is, it’s never been crash tested by Euro NCAP because it just doesn’t sell in big enough numbers. Its strong structure should give you some confidence, while its standard safety kit includes adaptive cruise control, lane departure warning and stability control.

Prices for the new car start at £159,000. For more information on our leasing deals, you can check out our page here.

In terms of its running costs, a moderate driving session could see you return as much as 28.3mpg. It’s unlikely that you’ll achieve those figures on a regular basis, of course.

Emissions, meanwhile, are pegged at 230g/km of CO2, which means that the DB11 has the highest BiK rating possible. It also sits in the highest insurance group there is too.

Pros and Cons of the Aston Martin DB11 Convertible

Now that it has no fixed roof, the DB11 proves that it’s one of the best cars on the planet.

It can go fast, it can go gentle – it will do what you want.

Its soundtrack is fiercely addictive and every bit as dramatic as you’d expect.

It costs more to buy than the Coupe variant.

This could hinder how enthusiastic you are with the car.

Who says you can’t have your cake and eat it?

Aston Martin didn’t have to exert themselves for this one because the standard model is itself, a fabulous car. All they really had to do is remove the roof and make sure it looked good while also ensuring it lost none of its drivability.

It actually looks even more striking than the Coupe variant, and it drives just as well. Its loud and proud V8 engine fits it like a glove, and while it’s capable of setting new personal speed records for you, the Aston Martin DB11 Convertible is one of those beautiful works of art that’s just as comfortable taking it easy on lazy Sunday afternoons.

Looking to buy a Aston Martin on finance but confused by all the options?
Our experts can help you find the perfect Aston Martin Db11 Convertible for your needs and budget.
REQUEST A CALLBACK
Similar Models 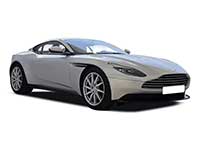 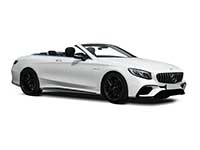 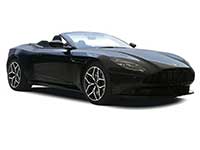 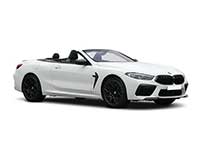