Tim qualified as a journalist in 1994 and since has gone on to write for the Mirror Group’s L!ve TV cable network, and has worked as a presenter, reporter and producer at ITV Central in Birmingham.

He’s a member the Midland Group of Motoring Writers and is now focusing on what he loves – test driving the latest vehicle releases and writing about them.

A Massive Review of the 2017 Subaru BRZ Coupe: Features/Prices/Comparison

The 2017 Subaru BRZ is now on the scene, but is it a sports car you should get all excited about? Motoring journalist, Tim Barnes-Clay, got behind the wheel of the latest model to find out. 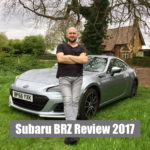 Subaru rolled back the years in co-producing the BRZ sports car. Harking back to the 1980’s and possessing a front engined, rear-wheel drive layout, the BRZ is something that really stands out in the motoring world. This version of the Subaru BRZ is an update on the model that first appeared in 2012 and was developed alongside Toyota, which has its own version of the same car, dubbed the ‘GT86’. It’s a traditional sports car in a modern world, so can the little Japanese machine still cut it? Why buy one over some more powerful alternatives? There are a lot of questions that need to be answered, but fear not, we’re on the case.
Read More ...
brz coupe, subaru

A Massive Review of the All-New Peugeot 3008 SUV: Features/Prices/Comparison

The all-new Peugeot 3008 SUV is not like the outgoing 3008. To compare the two would be like comparing night and day. With the latest 3008 SUV, the French motor manufacturer has really shown the world what it can do when it’s had enough of the competition. Motoring journalist, Tim Barnes-Clay, reports. 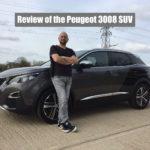 It’s not unusual to see some big changes between an older and newer generation of the same model, but this all-new Peugeot 3008 SUV looks radically different to the outgoing model. That exiting generation – confusingly introduced in 2008 – was a frumpy, chubby looking SUV that did little to inspire buyers. The all-new Peugeot 3008 SUV, though, is a completely different animal, burying the clumsy image of the last car six-feet under and achieving the European Car of the Year crown.
Read More ...
3008 estate, peugeot

A Massive Review of the 2017 Land Rover Discovery: Features/Prices/Comparison 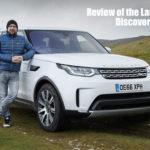 The last Land Rover Discovery is a bit of a hero. It has served emergency services, adventurers, and plain old normal people like you and me who like to get a little bit dirty now and then. Despite ageing well, the Discovery needed an update and Land Rover has done just that, bringing the Discovery right up to date with new technology and a smart, desirable design.
Read More ...
discovery sw, land rover

A Massive Review of the Ford Fiesta ST-Line: Features/Prices/Comparison 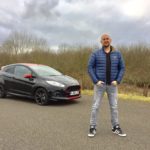 You’d think Ford would be satisfied by having the best-selling car in Britain on its books. The Fiesta can simply do no wrong it seems, but Ford isn’t resting on its laurels and has introduced the Ford Fiesta ‘ST-Line’. ST-Line offers the sporty, desirable image of the heralded ‘ST’ hot-hatch, but with better running costs and a little bit more comfort. ST-Line models are a special trim level from Ford. The cars are brawny looking, but are they as powerful as their appearances suggest? Our motoring journalist, Tim Barnes-Clay, got behind the wheel of the Fiesta ST-Line to discover more...
Read More ...
fiesta st line, ford

A Massive Review of the Ford Kuga ST-Line

The Ford ST-Lines are a current level of trim from the Blue Oval marque. The models are top value for money, but are these cars as athletic as they appear? National motoring journalist, Tim Barnes-Clay, got into the driver’s seat of the Kuga ST-Line to find out more. 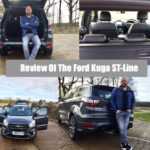 Almost every car manufacturer has a small SUV on sale now, and the Ford Kuga ST-Line is the famous blue oval’s attempt at such a vehicle. The name might sound familiar to you if you’re into cars - the ‘Cougar’ coupe was another Ford launched in the late 90’s. This Kuga has been on sale since 2008, though, and now in its latest third generation, it has received the optional ‘ST-Line’ trim level. This aims to add a sporty look without the drawbacks of sporty running costs.
Read More ...
ford, kuga estate

A Massive Review of the Ford Focus ST-Line

The Ford ST-Lines are a popular level of trim from the Blue Oval brand. They are excellent value for money, but are these models as sporty as they look? British freelance motoring journalist, Tim Barnes-Clay, got behind the wheel of the Focus ST-Line to find out: 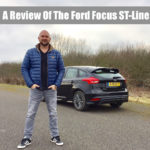 It’s common knowledge that the Ford Focus is a great car to drive. Sharp handling and great driver feedback make for a fun experience behind the wheel - at ‘ST’ level, it’s an absolute riot. The problem is, not everybody wants to drive fast and use up lots of fuel, and not everyone wants a firm suspension. Ford has recognised this, and as a result is now offering the ‘ST-Line’ trim level, so your car can look like an ST, but drink fuel slowly, and with small sips.
Read More ...
focus st line, ford

Is the 2017 BMW 5 Series beautiful and beast-like? Or is it as bland as blancmange? Renowned motoring journalist and BMW connoisseur, Tim Barnes-Clay, drove it to find out 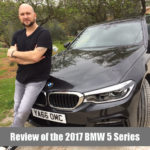 The BMW 5 Series is King of all it surveys. From atop the executive car castle, it might be feeling a little bit worried, though. Pretenders to its throne have strengthened and gathered at the gates to compete, so the 5 Series has had to up its game in a bid to stay on top. The question is, has it done enough to fight off the likes of the Mercedes-Benz E-Class and Audi A6? Has BMW managed to build yet another fantastic saloon?
Read More ...
5 series, BMW

A Massive Review of the Kia Optima PHEV

Is this green Kia Optima about as interesting as lentil soup, or is it a little spicy? Established British motoring journalist, Tim Barnes-Clay, drove it to find out. 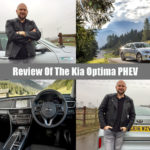 Some say that electric-powered cars are the future, but until we’ve got rechargeable vehicles capable of long-range, we’ve got motors like this - the Kia Optima PHEV. Part petrol, part plug-in electric, the South Korean hybrid is aiming to impress - backed up by that famous Kia warranty. Go back 20 years or so, and the Kia stable looked much different to how it does today. Uninspiring, low-tech, poorly made machines seduced nobody in the car market, but everything’s different now. The new Kia Optima PHEV shows how far Kia has moved on. A stylish, modern saloon rammed with all the gadgets you need and utilising a powertrain that is famously difficult to configure. It’s very much the face of modern Kia, but is there a place for it on the motoring market?
Read More ...
kia, optima phev

A Massive Review of the Kia Sorento 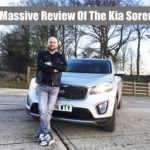 It’s amazing how times change, isn’t it? Once upon a time, the Kia Sorento was a bit of an ugly duckling. With a face only a mother could love, the budget SUV had a seriously undesirable image and drove about as good as it looked. Fast-forward to 2017, though, and Kia is a respected brand, producing vehicles that look superb. The new third generation of Kia Sorento looks the business and is simply no longer the budget SUV it once was. It’s all grown up, and now it’s a bit posh. Who’d have thought it all those years ago?
Read More ...
kia, sorento diesel station wagon