Author Archives for Will Titterington

Will Titterington is a freelance writer, video editor and all-round content creator based in Manchester, UK.

Interested in an Electric vehicle? Explore in this article what we think of the Ford Focus Electric and how it compares to other similar cars in the market... 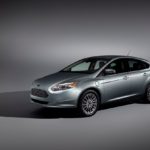 The new Ford Focus Electric is distinguishable from the standard Focus in a few ways: Naturally, it’s cheaper to run, but it’s also more expensive to buy. And while it’s got more standard kit, it doesn’t handle as well.Lots of pro and cons for buyers to assess, then.
Read More ...
electric, Focus, ford, ford focus electric

Review of the BMW i3 Rex

Interested in an electric vehicle? In this article we explore the BMW i3 Rex and how it compares to other similar cars in the market... 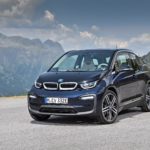 Want a premium EV but got a case of serious range anxiety? The new BMW i3 Rex is a lot like the i3 electric car - but crucially, it has more range.As such, it’s a hugely compelling proposition for buyers who want an upmarket EV so that they can do their bit for the environment, but who have lingering range anxiety issues.
Read More ...
BMW, i3 Rex

Are you in the market for an electric town car? In this review, we explore the Smart ForTwo Electric Drive and how it compares to other similar vehicles in the market... 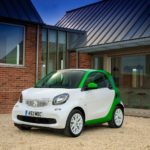 The new Smart ForTwo ED is ideal for anyone who needs just two seats, super duper low running costs and who wants to do their bit for the environment. It’s smartly styled, easy to drive and fully electric. For the commute to work and back, it looks absolutely perfect. The fact that it’s so small means you’ll never need to worry about negotiating tight city streets ever again, while its 0-62 time of 11.5 seconds is more than enough to keep up with traffic.
Read More ...

Looking for an electric car to get you from A to B? In this review we explore the Kia Soul EV and how it compared to other similar vehicles in the market... 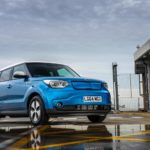 Volkswagen e-Up Vs Nissan Leaf Vs BMW i3: Review & Comparisons

Interested in an Electric vehicle? Explore in this article what we think of the Volkswagen e-Up! and how it compares to other similar cars in the market... 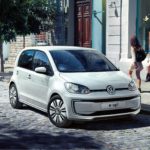 The smiley new Volkswagen e-Up! Hatchback might be a bit unfortunately named (hey up!), but it’s based on one of the most popular city cars around. It’s a lot like the standard VW Up!, except it’s quieter and cheaper to run. That said, it’s also a lot more expensive to buy and depreciates badly. Is it worth making the switch from petrol to electricity? OSV takes a closer look at what it’s all about with our 2018 Volkswagen e-Up! Hatchback review.
Read More ...
e-up!, hatchback, volkswagen, VW

Considering buying an electric car? Explore in this review how the Hyundai Ioniq Electric performs against the Renault Zoe and Nissan Leaf 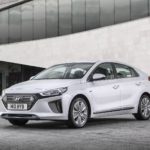 If you love Hyundai as a brand, you’ll no doubt be keen to find out what their first ever fully electric car is all about. Fortunately, they haven’t bodged it, and the new Hyundai Ioniq Electric is ideal for families who want to do their bit for the environment, and who want to keep costs down at the same time. It emits zero CO2, offers plenty of usability and is even fun to drive.
Read More ...
electric, hatchback, hyundai, ioniq 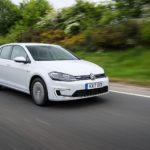 If you love the regular and super popular VW Golf but fancy making the switch to electricity, there’s no reason why you couldn’t love the new Volkswagen e-Golf Hatchback, too. It’s got all the hallmarks of a traditional Golf - including top-notch build quality and reliability - and emits absolutely no CO2 and gets energy-saving regenerative brakes as standard.
Read More ...
car review, car reviews, e golf, volkswagen 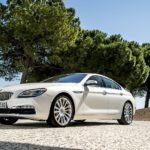 The new BMW 6 Series Gran Diesel Coupe is elegant, fairly economical and has sporty pretensions. If you want something a bit more luxurious than the 5 Series, it ticks a lot of boxes. It’s a lot like the two-door 6 Series in many ways but gets two more doors and more length. It also boasts more space in the rear as well as a larger boot. Overall, it’s one of the most accommodating if expensive BMW’s on the market.
Read More ...
6 series diesel gran coupe, BMW, car reviews 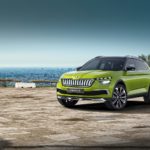 Every one of the highlights of the auto calendar, the Geneva Motor Show always gets our engines going here at OSV. Last year, highlights included the blistering Ferrari 812 SuperFast, the McLaren 720S and the Lamborghini Aventador.Catching the eye and capturing the imagination this time around is a brand new Skoda gas hybrid, Porsche’s stunning rival to the Tesla X - and, um, a Volkswagen school bus that drives itself.There’s more too, including a brand spanking new Aston Martin that’s so fast the brand themselves aren’t letting us know quite how fast just yet!
Read More ...
geneva motor show, porsche, skoda