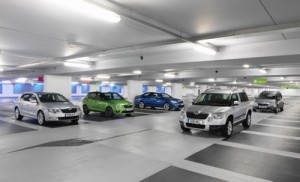 Skoda is celebrating the best January in the company’s 117 year history.

Globally, despite a decline in the market, Skoda increased their market share by 1.58% in January.

Encouragingly, Skoda’s strongest market was in Europe, while they also made significant progress in China and India.

This follows on Skoda’s record sales during 2011, when over 870,000 Skoda’s were registered for purchase, lease or finance.

The start of this year saw a 10.2% year on year increase in the numbers of Skoda’s purchased, leased or financed.

This impressive growth indicates that Skoda is well on track to meeting the ambitious goals that are part of its 2018 growth strategy.

A bright start in Europe

In Western Europe, Skoda showed a strong performance in what is an intensely competitive market.

This contributed to a really remarkable 21% raise in Skoda’s share of the Western European market.

In the UK, Skoda recorded another record for January sales, increasing registrations of cars for purchase, finance or lease by 22% compared to last year.

The majority of these sales were in Russia, where Skoda is outstripping the overall growth of the car industry.

Boost in China and India

Despite overall declines in both markets, Skoda still increased their year on year sales in both countries.

In China sales rose by 1%, even though early Chinese New Year celebrations meant the market as a whole saw negative growth.

Of this, half of the new cars sold were Skoda Rapids, a new compact saloon designed for the Indian market.

If you’re looking to purchase or lease a new Skoda contact our sales team. Alternatively, visit our website where you will find new and used Skoda’s available for sale or on finance.