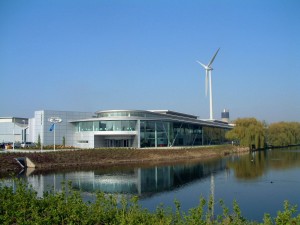 Ford has committed to a bold new plan for reducing waste across its European plants, but will it make it more cost effective for customers to finance, lease or purchase a new Ford?

Ford are aiming to slash landfill waste by 70% in five years, and reduce water used by 30%.

Dirk Heller, Director of Ford Europe’s Manufacturing, says that this ambitious new programme is both the right thing and the smart thing for the company to do.

As well as reducing Ford’s environmental footprint, if the plan succeeds it will make Ford production significantly more cost efficient, a double bonus for people looking to purchase, lease or finance a new Ford.

What does this mean for Ford UK?

Along with plants in Spain, Germany and Belgium, UK manufacturing centres in Southampton, Dagenham and Bridgend will be rising to this new challenge.

Ford Europe have already succeeded in reducing a significant proportion of landfill waste, with 85% of the waste from Dagenham being recycled.

At the moment, Ford engineers at the Dagenham Engine Plant are hard at work creating an ‘oil reclamation’ process.

When this is working, it should almost eliminate the remaining 15% of landfill waste.
Now, all three UK plants are going to be working to meet the new Ford target of reducing the amount of waste going to landfill by 70%.

Across Europe, this will save 5.5 million kgs of waste every year.

So for every Ford car built in the UK, 1.1m3 of water will be saved.

Building on their commitment to sustainability

Ford say that this plan goes together with developing more fuel efficient vehicles.

This includes Ford’s EcoBoost engine, which will be seen in the new Ford Focus models.

Not only does the EcoBoost engine give the Ford Focus a real edge when it comes to fuel efficiency, its production is remarkably lean.

Produced at Ford’s Cologne factory, water usage is now 37% lower than in the production line it replaced.

Remarkably, the amount of coolant needed to produce the aluminium engine fittings has gone down from two litres to just five milimetres.

If you’re looking to purchase or lease a new Ford contact our sales team. Alternatively, visit our website where you will find new and used Ford’s available for sale or on finance.

Andrew has been in the motor trade for over 20 years. What he enjoys most about his job is the team spirit and the dedication of his work colleagues. He also appreciates the teams input in the improvement of the company.
Latest posts by Andrew Kirkley (see all)
Ford Fiesta