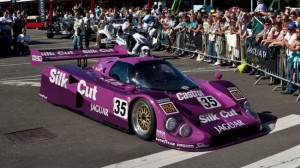 Autosport is reporting that Jaguar bosses have signed off a return to the Le Mans 24 Hour, a race that the British marque has won seven times.

Although the official line is that the Tata Motors owned company is “currently monitoring developments in world motorsport”, rumours are suggesting Tata chairman Ratan Tata and Jaguar’s top brass have already decided on a return to the fastest LMP1 class, although precisely when is still to be agreed.  The class has been dominated by Audi and Peugeot in recent years.

Porsche has previously announced it will also be returning to the sport in 2014.

To order your new Jaguar contact our sales team.  Alternatively, visit our website for all new and used Jaguar for sale or on finance.

Thanks for reading our Jaguar article.