The 12 Most Despised Commuters

Here are the 12 people you will meet on your daily commute sent by Satan.

12 Commuters we all hate

For many of us, commuting is a necessary evil. It’s not always easy, but it is something that we have to do nearly every day of the week.

The popular vehicle leasing company OSV, decided to find out what irritated people most on their daily commute as it can be comforting to know that there are others who share our pain.

The research showed that the majority of commuters were irritated by their fellow commuters.

The vehicle leasing company has now created an infographic titled ‘The 12 Most Despised Commuters’. The infographic looks at the different commuting personalities we encounter on our trip to and from work.

From the ‘Germ Sharer’ to the ‘Chatty Stranger’, take a look at the characters we all despise below.

#1 The First One On
Whether you are on a train or a bus, there is always that one person who will push their way on before the new arrivals have even had the chance to get off. Desperate for the best seat, probably so that they can put their bag on it.

#2 The Phantom Litterer
Is there anything worse than sitting down only to discover that you are sat on a half-eaten McDonald’s, or that your tray has been stuffed with rubbish before being closed? After a long day at work or during an early morning start, it’s not what you want to experience.

#3 The Audio Insensitive
This commuter has their music turned up so loud that you wonder what the point in them wearing headphones is. If you’re guilty of this annoying act, lower the volume, not everyone wants to hear the latest JB album.

#4 The Germ Sharer
Germs are not your friend, and those who like to openly cough and sneeze on public transport don’t seem to have received the memo. Sometimes, we get caught without a tissue, but when you are constantly coughing and sneezing, it is only polite to cover your nose and mouth – not everyone wants to share germs.

#5 The Chatty Stranger
Sometimes, it’s nice to make friends with strangers on public transport, but most of the time you just want to be left alone. Commuting is often the only time you get to yourself, and lots of commuters find those incessantly chatty strangers a massive annoyance.

#6 Pungent Foodies
People who eat on public transport frequently offend and irritate lots of fellow commuters. The smell from whatever they are snacking on can often engulf an entire carriage or bus. Think before you eat and think about whether or not you really need to eat it on the way home.

#7 The Aromatic
There really is no polite way to explain this character, it’s the person that no one wants to be stood near or sat next to because they stink. Please make sure you wash thoroughly before boarding a bus or train.

#8 The Phone Zombie
This commuter is so glued to their mobile phone that they are oblivious to their surroundings. Unaware, inconsiderate and dangerous, just put the damn thing down.

#9 The Forgetful One
We all hate those people who seem to forget what an indicator is, and we are often left wondering how they passed their driving test in the first place. Oh how we wish that these drivers would rediscover this nifty and informative piece of equipment.

#10 The Slow One
There is nothing wrong with 20 zones, but for those who get stuck behind the snails that like to go at 10mph in them, frustration is the word of the day. Even worse, are those who go 50 on the motorway in the fast lane and nearly cause an accident.

#11 The Lane Hogger
Sticking to the middle lane is the most infuriating motorway habit. These people have no intention of moving into the fast or slow lane, and instead just sit there, not allowing other cars to pass them safely. With new laws coming into place to crack down on these sitting ducks, we can only hope that this is a declining personality.

#12 The Harsh Braker
We’ve all seen it. Driving along the road at a normal speed and then suddenly the person in front slams the brakes on because they have seen a speed camera ahead. Chances are it’s already snapped them, but they won’t take the risk. 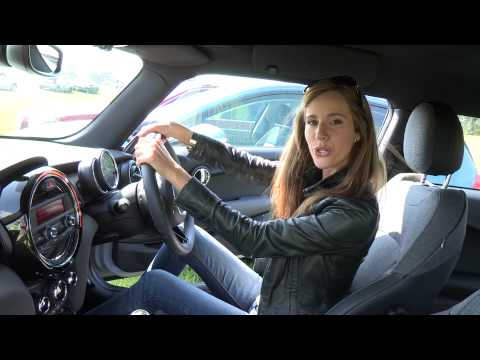 Motoring into a Dream Career