The new Lexus RC300h is powered by a hybrid power train, which is unusual for a sleek coupe. It produces a decent amount of power, 223 PS to be precise, but the combination of a 2.5 liter petrol engine and an electric motor isn’t exactly inspiring. It certainly isn’t sporty either, especially when you learn that Lexus has restricted the top speed to just 118 miles per hour for economy reasons. The sprint to 62 miles per hour isn’t setting any records either, taking 8.6 seconds to get to the target. Still, at least it’s impressively efficient. Over 50 miles to the gallon is theoretically possible, and the CO2 figure is very low at just 113 grams per kilometer.

While it falls down in the performance stakes, it does at least ride very well, and it’s surprisingly comfortable for a car of this class. It’s quite a heavy machine, but it grips well in the corners, even if the lack of fizz from the engine doesn’t really inspire you to push on to explore the limits. The steering’s also pretty good and complements the grip levels, but it isn’t rich in feedback.

By its own nature, the Lexus RC300h is far more satisfying to waft around in than it is to drive like a sports car. There also isn’t much joy to be found in the CVT automatic gearbox either. A CVT transmission is vastly different from a normal automatic gearbox, as it doesn’t have fixed ratios.

Where it really excels is in the design. Sure, the look won’t be to everybody’s taste, but there’s no denying it truly is a striking car. In terms of pure style, it’s the most 21st century car in its sector. It really does grab your attention and makes the Audi A5, one of its main rivals, look like a bit of a brick.

The style in the cockpit is modern, too. It looks brilliant and the quality of materials used in the construction of the interior match the excellence of the design. A fair criticism would be that it is a little cluttered, but many people won’t mind, seeing as the fit and finish is of such a high standard.

A Video Review Of The Alfa Romeo Giulietta

A review of the Alfa Romeo Giulietta

A Video Review Of The Alfa Romeo MiTo

A review of the Alfa Romeo MiTo

A review of the Land Rover Discovery 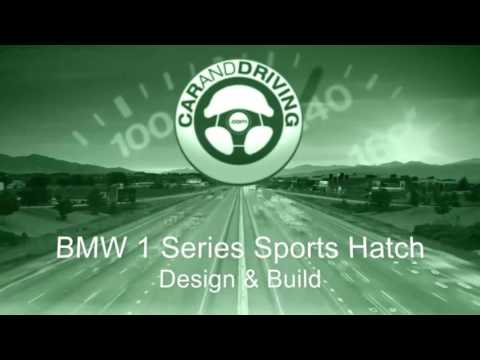