The new Volvo S90 is the standard bearing saloon from the Swedish automaker. Alongside the new V90, it’s a state body twin. The S90 is looking to muscle in on the German dominance in the executive saloon car market.

Well I’m in the Volvo S90, two-liter four-cylinder diesel model. This is the top of the range of the new saloon offering from Volvo. This is actually slightly quicker on the 0 to 62 sprint than the estate system of V90. This does 0 to 62 in 8.2 seconds, with a top end of 140 miles per hour.

The D4 is expected to take up most of the sales for the new Volvo S90, and we can see why it’s the entry-level engine. But it doesn’t feel entry-level at all. It’s quiet and smooth, and while it isn’t as responsive as we’d like, that could well be down to the lethargic eight-speed automatic gearbox.

The acceleration on this car is pretty impressive, that 0 to 62 miles per hour at 8.2 seconds time really, really makes sense on the road. You can really feel those paper figures talking the truth.

Now we often focus far too much on the sporting credentials of saloon cars, and the truth is they just aren’t often driven in anger enough to really make this worthwhile. The S90 is a wonderful antidote to the rear-wheel-drive layouts of German rivals like BMW.

Even though it’s made in Scandinavia, this car is absolutely suited to Britain’s roads. It just soaks up all those bumps, and lumps, and scarred cracks that we get on our B roads. And I’m not for one moment suggesting that the grounds of Wentworth or at all like that, they’re not. And I’m being quite kind to this car today. 64.2 miles to the gallon is what this Volvo S90 will do. That’s pretty impressive for a 2-liter 4-cylinder, executive style car, you may say. What’s more impressive though, CO2 emissions at 116 grams per kilometer, that’s pretty low.

Turn the engine off. Come over with me to the boot. I think you’ll find that that is a pleasantly large size boot for a saloon car. You’ve got… I don’t know if you can see in there, small black ski hatch. It opens up not just the skis but for any items that are quite long. I’m thinking flat-pack furniture or, I don’t know, bits and bobs out of your garage.

The negative points. Obviously the V90, as with many estate cars have a very low load sill area so you can get buggies, and luggage, and various other things in there without straining your back. Well this is hardly the highest lift in the world, and, I mean, I’m six foot tall, so it’s never gonna be that much of a hardship for me. But obviously a bag in there. Somebody a little bit shorter might… That’s a struggle to lift a buggy into there. But ultimately this isn’t gonna be sold as a hardcore family car, it’s really more of a, I guess a company car. But it would obviously serve a family. A lot of people who have company cars only have that car, and many people obviously have families. So yeah, I think this would do quite nicely. You have to compromise a little bit, you’ve probably always been wanting the V90, but hey, this is not a bad car at all. And you’ve got a powered tailgate there as well to make life a little easier.

Volvo’s designers put on another masterclass with the interior of the S90. There’s such a light in every field, the cabin with light leather colors and wood trim, and looks almost rebellious against the black on black interiors of it’s rivals. And because it’s a Volvo, there’s a real dedication to the quality of the components too. Everything feels really well screwed together and the touchpoints really stand out. Even the plastics feel silky. It’s likely that a lot of buyers previously infused with German products will be seduced by the new S90’s charming looks and beautiful build quality. The Swedish saloon just gives off an aura of quality in class and that’s not necessarily something its rivals have. 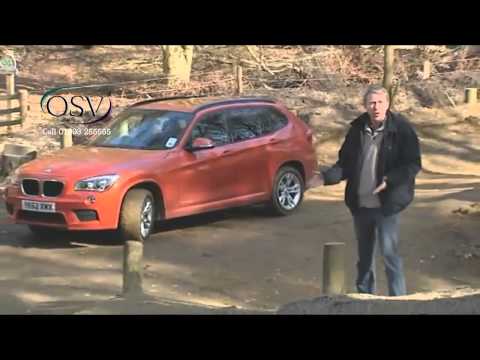 A Video Review Of The BMW X1

A review of the BMW X1 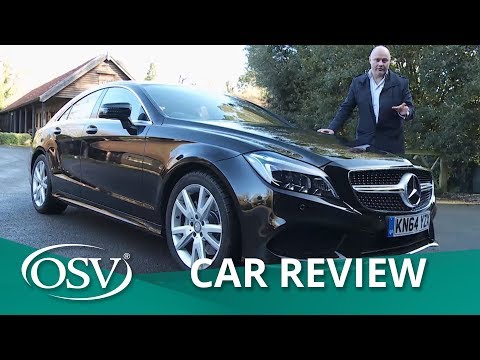 A review of the Mercedes CLS Class

A review of the Seat Ibiza 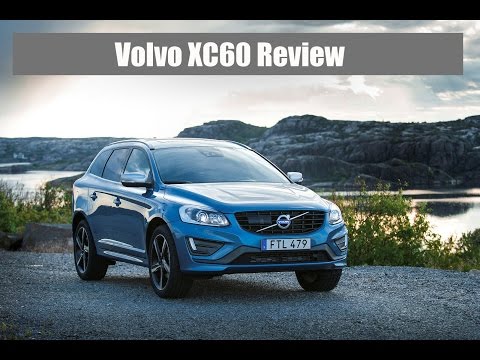 A review of the Volvo XC60