There’s only really one place to start with the Volvo V40 T5, and that’s by asking whether or not it has the right heart to be a hot hatch. A 2-Litre, 4-cylinder turbocharged petrol engine is certainly reason enough to think it’s one. Especially as it does 0-62 in just 6.4 seconds.

As expected out on the road, it feels suitably fast, but it doesn’t ever feel all that thrilling. A big part of that empty feeling is the lack of a decent soundtrack. It’s a fantastically plain sounding machine for something so powerful. There’s only one transmission option with the T52. An automatic gearbox that’s smooth enough but rather uninvolving and not up to the sharper levels of rivals.

Thankfully, the V40 T5 redeems itself with its ride quality, which is firm but comfortable and we found it to be pretty handy on longer drives as well. The firm ride also makes it rather good in the corners and this car will enthusiastically hang on to the tarmac, so that’s very hot hatch as far as we’re concerned.

There are of course plenty of other V40s in the range that are much better behaved. Indeed our naughty T5 is just one of six engine options available. In terms of petrol power, there’s the efficiency-focused T2, and mid-range T3 engines offering around a 100 ps less than our T5.

The better mpg and emissions facelift highlights include new headlights as the standout feature. These are now the LED Thor’s Hammer design headlights that Volvo is rolling out. While the interior design might not be stylish, it is a well-judged layout for a car, and the floating console effect is still a talking point for passengers.

Whether you find it appealing or not, there’s no doubting in the distinctly Scandinavian feel of the interior. Crisp, neutral, and practical. Materials are built inside feel sturdy and tight. You can tell real care and craft has gone into the construction. That feel of tight, solid construction also, transfers to the driving experience, showing how important quality is as an overall trait in a Volvo. The rear of the car is rather aggressive and angular while the front is quite smooth and streamlined. Proportionally, it doesn’t quite work.

Equipment levels in the facelifted Volvo V40 are decent. The higher trim levels probably represent better value in terms of providing equipment as the base models can be a little bare. What makes the Volvo V40 really special is its safety equipment. The V40 is one of the safest cars on sale today, scoring five stars and 98% for adult occupants in tough Euro NCAP testing.

A review of the Volkswagen Toureg 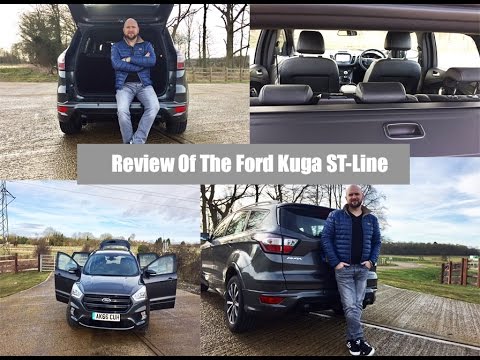 A review of the Ford Kuga ST Line

A review of the Renault Twingo 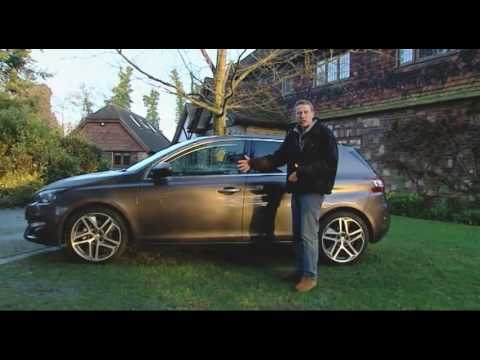 A review of the Peugeot 308