Russian Kids Break Out Of School To Buy A Jaguar 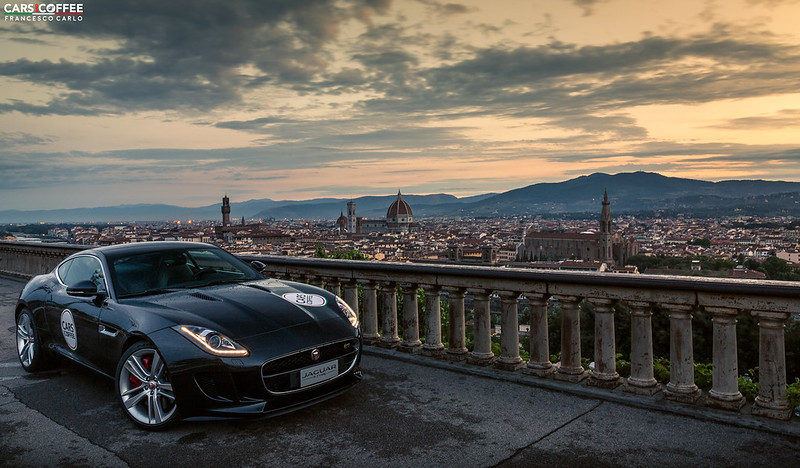 Two five-year-old Russian schoolboys recently tunnelled their way out of school to venture to the other side in a bid to buy a sports car. The two kids – unnamed – hatched the caper in the city of Magnitogorsk, using toy spades to dig a tunnel underneath a fence.

After several days of digging, the tunnel was complete, leaving the resourceful and incredibly single-minded youngsters with only one thing left to do: Wait until their class was off on a walk before giving the teacher the slip.

It worked, too, with the two boys venturing into the tunnel before coming out on the other side of the school grounds.

Then they headed to the nearest luxury car dealership, where they proposed to buy a brand new jaguar

After an hour, the teachers finally noticed the kids were missing and raised the alarm.

Unfortunately, the boys were not sold a Jaguar on finance (presumably because they had no credit history), and were driven to a local cop shop by a passing female driver who was concerned for their welfare.

The boys ended the escapade unharmed, but also empty handed.

Meanwhile, their teacher was dismissed a few days later due to failing to notice the tunnel, and then the disappearing act.

The kids themselves were grounded by their dad for almost getting him into massive debt, but they managed to give him the slip via a tunnel. Hehe.

Alls not well that doesnt end well. In Magnitogorsk anyway.

What Women Want: A Ford Mustang

So, it seems that women are all agog with the new Ford Mustang.

According to the recently published sales results for the first half of this year, the Ford Mustang is the best-selling sports car among ladies in the U.S.

It’s also the biggest-selling sports car in the world.

This means that the new Mustang has a whopping 36% of the ladies sports car market.

Erich Merkle, Fords U.S. sales analyst explained: Women like it because its a practical choice. It looks great, and it provides good performance and fuel efficiency.

Bang goes the idea that the Fiat 500 is a womans biggest guilty pleasure.

Put simply, they only buy it because they cant afford a Mustang.

According to the sales results, women prefer the efficient four-pot engine over the meatier, more masculine V8 version preferred by geezers.

And Ford are now hoping that women will boost international sales of the Mustang, as this is the first time it has ever been sold outside the U.S.

2,000 orders have been logged in the UK so far. When we stopped a woman in Salford to ask if she would be getting one, she said Iain Duncan Smith wont let her.

So, gentleman, there you have it. Chocolate, flowers and a Michael Buble best-of CD wont work this year, guys. They want a Mustang. Get the chequebook out.

A mum says she is shocked that her council have spent the last six months pursuing a parking ticket issued 60 seconds after she had already paid for her spot by telephone.

For Jenny Pattinson, March 3 was just like any other day of the year.

The sun was shining, the birds were singing

She rocked up in Newberries car park at 13:31, but soon realised that she had no loose change to pay for her parking ticket.

And because she had her three year-old son in tow, she decided that she couldnt juggle him, her phone, her bag and her debit card all at the same time, and so rang her husband to ask him to pay for the ticket.

At 13:37, a villainous ticket inspector appeared from out of no where, and planted a fine on Jennys windscreen.

Jenny appealed the decision the next day, but the council refused her appeal on the grounds that, although Nicky had made the call before the fine was issued, the ticket inspector got there before the payment had actually been processed.

Those ticket inspectors are so fast!

The council continued to argue that the delay in payment – which was made three minutes after the fine had been slapped on the mums windscreen – should result in a 50 Parking Charge Notice.

The council countered her claims with their own claims.

This series of arguments and counter-arguments continued for six months, and even included Jenny being sent a colossal 65-page document that related to the alleged offence.

It included photos, emails and everything.

Last week, a parking tribunal ruled in favour of the council.

Jenny said: I am shocked.

A car park expert we spoke to said he thinks Jenny is to blame. I dont buy her argument that she couldnt juggle her kid, her phone, her bag and her debit card. First of all, no one is asking anyone to juggle three year-old kids – its dangerous. Secondly, she couldnt juggle her debit card, but still managed to whip out her phone and ring her husband? Im not buying it.

Its not just hippies and activists that love the volkswagen Microbus camper van; the truth is that many of us feel an affiliation with the iconic van, which is why OSV are happy to report that Volkswagen will be revealing an updated version in Las Vegas next January.

The updated version on show in Sin City will be a preview of the final product, which wont actually be produced until 2017.

Features to be included are an electric drive system, which will rely on VWs state of the art lithium-ion battery technology that is currently used for the Audi R8 E-Tron.

It will provide a range of up to 500km for the new Microbus camper van, though this figure is dependent on driving conditions.

The zero local emission driveline will be offered to customers alongside more traditional turbocharged four-pot diesel and petrol engines.

The bus, which will be smaller than the current Multivan, is primarily aimed at boosting sales in Volkswagen Groups US market. The automotive giants also want to release a series of pickup trucks that will rival the Ford Ranger in a rather Ford-dominated sector.

VW have assured fans of their legendary camper vans that the design will remain faithful to the iconic original.

Velma, Daphne and Shaggy couldnt have put it any better.

toyota this week announced plans to work with research teams in a $50m project that will see them develop in-car artificial intelligence. The main aim is to reduce highway injuries and deaths.

Dr Gill Pratt of DARPA will be joining them to direct the research activities, as well as their application of intelligent vehicles.

The research will seek to help us pitiable human drivers make less mistakes, as opposed to just giving up on us altogether and introducing self-driving vehicles.

Cheers Toyota. I always knew you believed in us.

Key program areas will be addressed by the two university campuses and Toyota, with combined research targeted at improving the ability of intelligent vehicle technologies to recognise objects around the vehicle in diverse environments, provide elevated judgment of surrounding conditions, and safely collaborate with vehicle occupants, other vehicles and pedestrians.

Translated to English, this roughly means that Toyota want to help us stop crashing our cars and running over pedestrians.

Ha, try predicting the behaviour of a few drunks wandering into the road in Manchester on a Friday night. We dont think there is an algorithm for that yet.