The Council were the first to turn off its speed cameras which has resulted in reducing casualties. 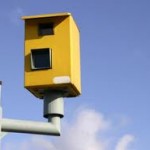 They are now the first Council in the UK to trial speed reactive traffic lights.

The lights will turn to red if the approaching vehicle is going too fast.

The reactive traffic lights are already widely used across Spain and Germany and they are set to be trialled in the UK for many years.

Do you have an opinion on this article?