A brief history of Alfa Romeo

We look at the interesting history of Alfa Romeo... 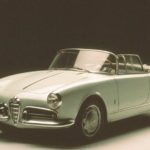 According to Which, “anyone who buys an Alfa Romeo does so with their heart instead of their head”. Alfa Romeo have long had a loyal fan-base and has one of the most recognisable logos in the automotive industry. But where did it all begin? In this article, we look at the history of Alfa Romeo, from its founding to their popularity with businesses.
Read More ...
alfa romeo, Alfa Romeo history, car history, Learning Centre, More Tags

Ever wondered what the life of an accountant would be like? We find out what an accountants typical day is like and what car would best suit their needs 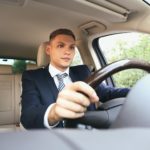 Accountants have this stereotype of being quite.... vanilla. You know, a bit magnolia. But almost every accountant I have met have been quite the opposite. Working with numbers is no great joy. Least of all for me, I'm very much more of a words type person. So perhaps it's that perception that working with numbers is boring that leads to this stereotype. When someone utters accountant I am immediately faced with a mental image of someone wearing an ill-fitting suit and thick-rimmed glasses carrying a calculator. Working on the assumption that the stereotypical accountant is more of a myth, I researched some of the most popular cars driven by accountants. To ensure this list of the best cars for accountants is accurate (because let's face it our accountants love accuracy). I've also looked into a typical day in the life of an accountant. So let's take a look at the best cars for accountants.
Read More ...
alfa romeo, Audi, best cars for accountants, BMW, More Tags

Planning a road trip? These are the best cars on the market for road trip driving and how to keep them safe 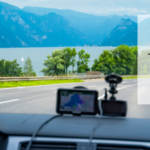 Planning a summer road trip is great fun. Getting the nearest and dearest together for a staycation in the UK. Or inviting the whole family on a European camping trip in the warm summer months is what life is all about. Don't spoil the perfect moments by trying to cram all of your road trip 'essentials' into a micro vehicle. Take a look at our list of the best cars for road trips...
Read More ...
alfa romeo, best car, car anti theft, Car Safety, More Tags

Everything you need to know about the Alfa Romeo 4C
Read More ...
4C coupe, alfa romeo

Everything you need to know about the Alfa Romeo Giulietta Hatchback 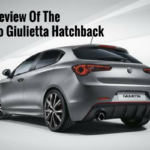 The prestigious Geneva motor show is nearly upon us, and one of the cars that will be making its European debut there is the Alfa Romeo 4C Spider. With an emphasis on aesthetics, lightness and overall simplicity, the car, which was first revealed at the Detroit motor show, will be unveiled alongside its slick stablemate, the Alfa Romeo 4C Coupe, but the general feeling is that it’s the Spider that is going to be the real eye-catcher, stepping out of the Coupe’s shadow to hog the limelight. Let’s take a closer look at what it will be offering.

Pace and Performance of the Alfa Romeo 4C Spider

Although the Alfa Romeo 4C Spider hasn’t been away from the European market for too long, it has actually spent 20 years away from the US market. The reactions upon its Detroit unveiling? Unanimous applause. This is a really nifty twin-seater roadster that comes powered by a turbocharged 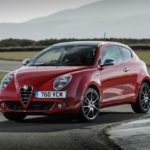 Alfa Romeo clearly have a lot of affection for their MiTo models; in 2014, they subjected them to a whole host of revamps, including improving the interior, implementing a 5” touchscreen infotainment system, as well as modifying the exterior, introducing new options, and expanding the list of standard equipment. And now, in 2015, they’ve gone one step further by welcoming a brand new pair of trim levels to the fold.
Read More ...
alfa romeo, mito trim levels

What’s the lowdown with the 2014 Alfa Romeo MiTo?

So, you’re looking for a small, clean and economical car? The 2014 Alfa Romeo MiTo then, is most probably the car for you. The petrol engine is packed with 850cc, giving you 85bhp and will give you a very respectable return of 67.3mpg. That’s a petrol engine with the efficiency of diesel.

The engine is made up of the multi award-winning TwinAir system. You won’t get as many thrills from such a car but it will tick all the boxes for the urban driver. The 2014 Alfa MiTo is the cleanest in its class, with C02 emissions of just 98g/km. This is great if you’re a London driver, as you will be congestion charge exempt, a saving of £2500 a year!

As you can see from Alfa Romeo’s video of the event, they took over 2500 water filled balloons to create the iconic serpent and cross logo.

A professional stunt driver, Terry Grant, used the top of the range Alfa MiTo Quadrifoglio Verde to smash through the balloons, demonstrating not only his skill but the car’s handling abilities.

Smashing 2,738 balloons gave him and the new Alfa the new world record for the most amount of water balloons burst by a car. Not to mention the envy of fun-loving motorists everywhere.

Alfa Romeo planned the stunt to celebrate the launch of the Alfa MiTo Quadrifoglio Verde, the new top of the range, ultra-sporty Alfa MiTo.