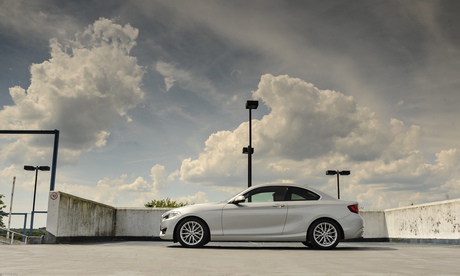 Hang on, BMW 2 Series? What the hell is one of them? I’ve only just got my head round the 1 Series. Is this one better? Or even twice as good?

Actually, it’s the replacement for – and looks very similar to – the 1 Series coupe, though it’s a little bigger. It’s based on the 1 Series hatchback, an awkward-looking car, I’ve always thought. But, being a coupe, it has no frames on the doors, it’s lower and sexier and more coupe-ish. Harder to get a baby seat into the back, but hey, get a babysitter – you can afford it. Babies aren’t good on a yacht, either (I imagine. I haven’t brought one, anyway).

To drive, it’s lovely, as you’d imagine a 26-grand BMW to be. Although, when you start adding extras, such as leather seats and media [...]