Three out of five drivers are unaware of the VED changes

New statistics show that there are still many that are unaware of the new VED changes... 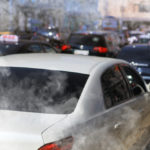 Do you know about the new changes to car tax? If you do, you’re part of a minority as it’s been reported that a majority of British drivers are unaware of these new changes.Confused.com have found that 61% of motorists are unaware of the new changes to the VED bands that came into effect on April 1st of this year (2017). They also found that just 11% of the 2,000 drivers surveyed fully understood the new rules which means that 9 out of 10 of drivers aren’t completely aware how the changes will affect them next time they register a new or used car. According to the study carried out by confused.com, those surveyed felt that not enough had been done to publicise the changes which has left many unaware of the changes.
Read More ...
car tax changes, industry news