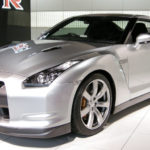 Looking for an objective review of the Nissan GTR Coupe? OSV has got you covered, from engines to lease deals. The barnstorming new Nissan GTR Coupe is a car that will make you feel supersonic. Ferocious, confident and visually striking, it’s a car capable of humbling even the sportiest Porsche. For hardcore enthusiasts who want to chuck caution (and everything else) to the wind, this tornado with an engine is worth a look. One of the quickest cars on earth, the new GTR feels as though it’s been injected with rocket fuel. It might not be super car aristocracy, but if the thought of getting behind the wheel of a monstrous upstart that is here to challenge the status quo of super cars appeals to you, join OSV as we take a closer look at what the new Nissan GTR Coupe is all about.
Read More ...
gtr coupe, nissan