Porsche Lease Deals: What Are The Best Porsches To Lease?

We look at some of the best Porsche deals on the market today... 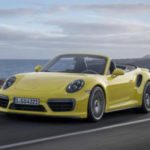 Porsche are synonymous with luxury and style, and with leasing becoming more popular, they are now much more accessible than they once were. But which Porsche models are the best to lease? In this article, we look at the best Porsche models to lease and touch upon how reliable Porsche are...
Read More ...
best Porsche lease deals, Learning Centre, Lease Deals, Porsche lease deals, More Tags

Hyundai Lease Deals; What Hyundai is best for me?

We look at some of the Hyundai lease deals that are on the market at the moment... 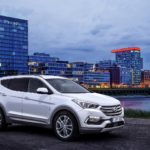 Hyundai are a hugely popular brand and are known for their well-built, practical and hugely reliable models. Hyundai models are also great to lease. Their affordability and low CO2 emissions make them extremely popular lease cars. So what Hyundai is best? We look at some of the Hyundai lease deals on the market at the moment to help you decide what Hyundai is best for you...
Read More ...
Hyundai lease deals, Learning Centre, Lease Deals, Tips and Advice

Kia Lease Deals: Is Kia the Right Manufacturer for Me?

We look at some of the best Kia deals on the market today... 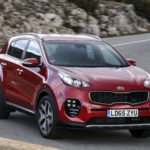 In recent years, Kia have become hugely popular in the UK. The rise of the crossover SUV has meant that the Kia Sportage is a common sight on British roads. The success of the Sportage has led to a rise in other Kia models, including the Rio and Optima. Kia are not only known for their success in the crossover market, they are also well-known for their reliability and their impressive seven-year manufacturer warranty. Regardless of why Kia are popular, you might be wondering if Kia is the right manufacturer for you. In this article, we look at Kia lease deals, and think about whether Kia might be right for you.
Read More ...
is Kia the right manufacturer for me, Kia lease deals, Learning Centre, Lease Deals, More Tags

Where to find car lease deals 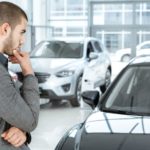 You have decided that you want to lease your car instead of buying or go through a finance scheme, and you have a rough idea of what car you want next. This is great news! Now you can start looking at lease deals and talking to sales experts on what deal is right for you...
Read More ...
car lease deals, dealerships, Learning Centre, Lease Deals, More Tags