Review of the Lexus IS Saloon: Features / Price / Comparison 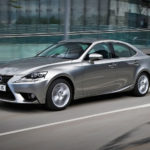 The Lexus IS Saloon is aimed at any of you who want something a bit different in a sector dominated by the powerhouse German brands who, let’s face it, can be overly predicable. It’s strikingly designed, cheap to run and well worth a closer inspection.To convince you to take the plunge on this and not a Mercedes, an Audi or a BMW, the IS has to have something going for it other than being different, though, right? Maybe.But maybe not.Audi, Mercedes and BMW saloons have a lot in common, with very few features that set them apart from one another. The IS, however, is ready to offer you something bolder. As such, it’s dropped all diesel’s from its engine range in an act of heresy that already tells you this is a bold car for a bold buyer.OSV finds out more with our Lexus IS Saloon review …
Read More ...
is saloon, lexus 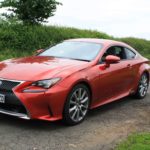 Lexus is better known in the UK for their SUVs, large saloons and hybrids, but they’re determined to crack the sports car market, and the Lexus RC F Coupe 500 is their latest effort. The Lexus RC F Coupe 500 is a muscular Coupe and indeed could be the sports car the brand have been trying to perfect for years. Similar to a BMW M4, it’s certainly got the pizzazz to capture the imagination. Let’s take a closer look at what it offers.
Read More ...
lexus, rc f coupe

The 4th generation of the fabled Lexus LS is, as always the flagship in the Lexus line up which serves as a showcase for the best tech Lexus has to offer plus exceptional levels of refinement and detailed luxury. This revised model the Lexus LS is an improvement on its predecessor with the reintroduction of V8 power. It isn’t an obvious choice within the large luxury saloon segment, but that might just be exactly the reason the new Lexus LS might be a great choice to buy or lease.

This Lexus LS has clearly developed its individual appeal with distinctively Lexus design cues. It has a long aerodynamically savvy profile and a muscular bonnet capped by the Lexus style front. There is some lovely detailing here and the lights stick out due to the distinctive ‘L’ shaped daytime running strip and indicators made of no less than 12 LED lights. The sheer level of refinement

It’s too easy to ignore the Lexus GS in a sector swirling with BMWs, Mercedesand Audis’. Too easy, but also detrimental to the consumer. You see, the new Lexus GS is a much better proposition than people seem prepared to give it credit for. Marginalised due to the reputation of its dominant rivals, it’s a car that simply has to stop going unnoticed.

The Lexus GS pioneered the petrol electric hybrid engine back in 2006 in the full-sized executive saloon segment. It dared to be different and set a blueprint which has only just been matched by the Germans. The problem now for Lexus is that, now it has been matched, this brand has to up its game further. The new Lexus GS is therefore more powerful, more efficient, and offers greater practicality. It also offers the option of a more affordable Lexus GS450h variant in a bid to entice consumers. Let’s take a closer look

The Lexus CT hatchback was first unveiled back in 2011, when it shook the automotive world simply because it was the first fully-hybrid luxury hatch. It was relatively inexpensive, and appealed to a new demographic of buyers. BMW and Mercedes quickly pricked up their ears and set about developing (pricier) contenders. Which then meant Lexus had to come up with something even smarter, more refined and more efficient. Have they succeeded? Let’s find out with our review.
Read More ...
ct hatchback, lexus

Lexus has been named top manufacturer in the 2013 Auto Express Driver Power survey, returning to the number one spot after four years as runner-up. The results, based on the opinions and real-life experiences of more than 45,000 UK motorists, reflect the special quality, owner-appeal and performance of Lexus models.

Steve Fowler, Auto Express editor-in-chief, said: “Lexus takes a well deserved top spot in the Driver Power 2013 manufacturer chart. It finished first in three out of the 10 categories in our survey, and second in two others – a hugely impressive result.

“More than anything, Lexus customers praised their cars’ premium qualities – they’re expertly put together, packed with gadgets and a pleasure to drive.”

“Lexus came to the market promising to deliver a new and better [...]