Are you in the market for a new station wagon? The new Mitsubishi Shogun Diesel Station Wagon but how will it compare to Jeep & Ford? 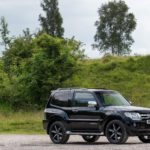 The new Mitsubishi Shogun Diesel Wagon is an assured-looking vehicle that’s strong, spacious, tenacious and unbeatable off-road. Not only is Mitsubishi’s awesome reliability record in evidence yet again, this is also a car that won’t let you down in bad conditions. There is, of course, a price to pay for such a rough and ready car. It’s not exactly the most sophisticated to drive on tarmac, and its functional interior displays a few harder plastics. But if its off-road credentials you’re looking for, this warrior should be a must on your shortlist.
Read More ...
mitsubishi, shogun diesel station wagon

Are you in need of a new Estate? The Mitsubishi ASX Estate would be a wise choice but how does it compare to the MG & Peugeot models? 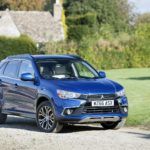 The ASX Estate is a workhorse through and through. Highly capable over broken surfaces and speed bumps, it’s not exactly an entertainer. It prefers harsher terrain, where its sizeable frame and big tyres can really get stuck into things. Its steering isn’t as accurate as competitors, and there is a noticeable amount of body lean in bends. That’s due to its soft suspension setup. But while it has its flaws, it means that the car is comfortable on coarser roads. And while it’s a fairly hefty car, it’s not as big as some Mitsubishi’s, and is thus a lot easier to drive.
Read More ...
asx estate, mitsubishi

In the market for a new hatchback? The Mitsubishi Mirage Hatchback may be the car for you! We've compared it to the Smart & Hyundai equivalents to find out if it can keep up 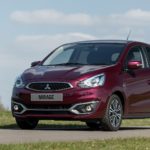 The new Mitsubishi Mirage Hatchback is a compact city car that’s affordable to run, stuffed with standard kit, and boasts comfy seats and a good amount of interior space. Value for money is the phrase of the day here, just as it is in the supermini sector in general. The Mirage doesn’t cost anything to tax, and emits under 100g/km of CO2 - ideal for the green-minded among you.
Read More ...
mirage hatchback, mitsubishi

The Mitsubishi Outlander isn’t going to set any pulses racing with excitement, but if you’re the sort of person who thrives on practicality, affordability, reliability, and safety, this car has a lot going for it. It also comes with 4WD as standard, seven seats, and in a market that is becoming saturated with trendy crossovers, it’s a car which is rugged and innately straight to the point. Let’s take a closer look at what it offers.

The Mitsubishi Outlander is essentially a load-lugger, which should already be enough to tell you everything you need to know. Yep, this car is not fun to drive. At all. Buyers are going to be using it to ferry their families from A to B, and they’re not going to be partying behind the wheel as they do so. But it does come with four-wheel-drive as standard which is really satisfying, whilst the lofty

Number One For A Reason. Find Out Why In Our 2014 Mitsubishi L200 Review

Rugged, dependable, and good looking – no, this is not a self-proclamation from the personals section but the three key terms that can aptly be used to describe the 2014 Mitsubishi L200 – a truck that can put Mother Nature in check and look good doing it.

With its rally inspired look, the 2014 Mitsubishi L200 is arguably the best looking truck on the market, or at least the most eye catching. Mitsubishi hopes to sway SUV owners over to the rough and rowdy side of life with this pickup’s striking styling. The rig comes in four-door Double Cab, or two-door Club Cab and Single Cab forms, but there is only one engine choice. Under the bonnet of all L200s you will find a 2.5-litre, four-cylinder diesel engine with either 134bhp or 175bhp. Cabin quality is very un-truck like, and is on par with many SUVs. Not surprisingly, the rig is a bearcat off-road, but lacks manners on the [...]

Dull Or Exciting? Find Out In Our 2014 Mitsubishi ASX Review

Not that the 2014 Mitsubishi ASX is all bad. Mitsubishi has made some subtle tweaks to the crossover, including a mildly retuned rear suspension said to provide better ride quality and body control. Don’t bother lifting the bonnet however, there’s nothing new there. The engines and transmissions have all been carried over and include a 1.6-litre petrol as well as a 1.8-litre diesel. The petrol unit is fitted with MIVEC variable valve timing technology and produces 115bhp and 154Nm of torque at 4,000rpm. If you must have this little engine, don’t plan on going off-roading – it’s only available in the front-wheel drive configuration.

The Mitsubishi L200 has always been one of, if not the most popular Pick-up available on the market. The reason behind this is that it combines all the practicality that a pick up/commercial should have with the styling and sleek looks of a car. In the double cab version there is more than enough room for 4 adults to be seated comfortably, with the head and legroom in the rear being just as good. The ride of this vehicle leaves something to be desired with the suspension being very stiff. Potholes and uneven road surfaces are emphasised in the cab, however that being said, we should not forget that this is supposed to be a commercial vehicle so comfort should not be the main priority.
Read More ...
mitsubishi