Is Tesla reliable? An impartial look at the electric car manufacturer

We look at how reliable Tesla is, and how this compares to their rivals... 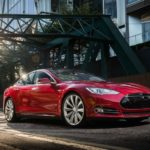 Despite not being the most popular car manufacturer on our roads, everyone has heard of Tesla. Tesla found fame after production of the Roadster, the first electric sports car. Their Model S was the world’s best-selling plug-in electric car for 2015 and 2016. It is currently the second best selling, after the Nissan Leaf.Tesla are known for their technological advancements, their speed and the fact that they make really cool cars. But there is one thing that has been plaguing Tesla since their conception, and that’s the issue of reliability. Are Tesla reliable? In this article, we are going to look at just how reliable Tesla are, and how this compares to their rivals.
Read More ...
car reliability, Learning Centre, reliability, Tesla reliability, More Tags