Is Toyota reliable? An unbiased look at the car manufacturer

How reliable are Toyota? We take a look... 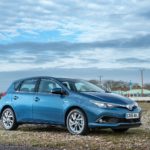 As of 2016, Toyota were the world’s largest car manufacturer. They were also the world’s first car manufacturer to produce more than 10 million vehicles per year and are the market leader in sales of hybrid electric vehicles. Toyota’s are a common sight on British roads, and there aren’t many people who haven’t heard of a Toyota model. But, in amongst their huge achievements, can they tick off dependability? Are Toyota reliable? In this article, we look at how reliable Toyota are, and how this compares to their rivals.
Read More ...
car reliability, Learning Centre, reliability, Tips and Advice, More Tags