who do vw own

who do vw own

Who do Volkswagen own?

We take a look at the Volkswagen family tree... 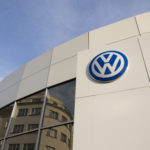 One of the most interesting things about the automotive industry is that pretty much every brand is connected in one way or another. It’s like six degrees of separation but for corporations instead. A lot of car manufacturers are very old, and therefore have had their fair share of ups and downs and many have been owned and sold by a variety of different other car manufacturers and groups so two seemingly unrelated car manufacturers could actually be very much related. One of the biggest players in the automotive industry is the Volkswagen Group. In 2017, it was the world’s second-largest automaker (Toyota was 1st) and has the largest market share in Europe. So, who do Volkswagen own? In this article, we’re going to look at the history of Volkswagen, who they own and how they acquired them.
Read More ...
car manufacturers volkswagen own, volkswagen, who do volkswagen own?, who do vw own