Home / Learning Centre / The difference between petrol and diesel

The difference between petrol and diesel

The difference between petrol and diesel

When choosing to buy or lease a new car you’ll be faced with a multitude of decisions. Not less, whether to select a diesel or petrol vehicle for your needs. Diesel has become an increasingly popular option for drivers in the past decade. This is largely because UK government have hailed diesel to be more environmentally friendly. Similarly, diesel cars are more efficient, especially if you travel long distances regularly. In fact, it is their economic credentials which led the government to believe that diesel engines were a more environmentally friendly option. This has now been proven to be inaccurate.

You can read more about this in our article is diesel being discontinued?

What are the differences between these two propellants?

Did you know that diesel and petrol are both produced from mineral oil known as crude oil? The part that makes petrol different from diesel is the method used to refine the oil. Crude oil is made up of hundreds of different types of hydrocarbons and impurities. To produce fuel from crude oil the hydrocarbons must be separated from the impurities through a refining process.

What are the differences in refining process between petrol and diesel?

After distillation, there are various techniques that are used to convert some fractions to others:

This process is very clever. It actually allows the fuel manufacturers to turn previously made diesel fuel into petrol fuel if there is a rise in demand for petrol over diesel. Refineries can even combine processed or unprocessed fractions into mixed, which produce petrol with different octane ratings.

What is the difference between the two fuels?

After the distillation and manufacture of the fuel the core differences between petrol and diesel are:

Is it best to buy a petrol or diesel car?

This very much depends on your situation. If you are leasing then you should look at the type of driving you will do most of. Will you be making regular long journeys on motorways? Or will you be mainly doing City driving with a lot of stop-starting? If it’s the latter then petrol engines will cope far better. Diesel is more economical on long journeys so should be a consideration if you’ll be racking up some mileage. There are 18 manufacturer’s who can get a diesel car to do 80 MPG and only 8 manufacturers who can get the same results with petrol vehicles. And, even then it’s only if it’s in hybrid form.

If you’re buying a new car then you might want to consider the saleability of a diesel car in the future. With the news that diesel cars are more polluting, your second-hand diesel vehicle may be worth considerably less than its petrol alternative in a few years time. If having a car which holds its value and provides a saleable asset is important then you may also want to keep abreast of the recently announced diesel scrappage scheme. However, if you are leasing a car this is not something you need to worry about. So now is definitely the time to have a finance or lease agreement where you have protection on what the car will be worth in years to come.

What is the diesel scrappage scheme?

There’s been no formal release of how the diesel scrappage scheme would work yet. But members of the House of Commons have discussed that it could be similar to the vehicle scrappage scheme in 2009. This called for drivers to replace their old cars with an incentive and choose a brand new model of vehicle. The diesel scrappage scheme will encourage owners of diesel cars in high polluting areas to scrap their vehicle in favour of a brand new low emission car. There will be financial incentives and some members of Government think that it shouldn’t be limited to vehicles and should include public transport subsidiaries and bicycle grants.

The Government will target high polluting cities with the scheme first before rolling it out Nationwide. Car drivers could receive 35% of the cost of the car (up to £4,500) if they choose to opt for an all-electric vehicle.

Is it cheaper to buy a petrol or diesel car? 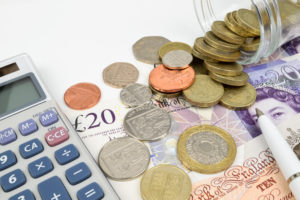 In almost all cases it is cheaper to buy a petrol car for cash over an equivalent diesel model of car. Another note to remember is that diesel engines are typically more costly to repair and maintain. This is because as they have more parts in order the make them work. Not only that, diesel is more expensive at the pump than petrol. So while you get more miles from a full tank of diesel. You could be on a pretty even keel when you consider the increase in the cost of the fuel itself.

A diesel car will usually be cheaper to insure but servicing and maintenance costs are higher. It’s also worth noting that additional taxes on diesel fuel could be levied in the future with the Government keen to rid Britain’s roads of diesel cars by 2030.

Is it cheaper to lease a petrol or diesel car?

This is a tricky question. Because until recently the popularity of diesel cars was at an all time high. The fact they were so popular often meant that they would be cheaper to lease. This is largely because they held their value well. Lease prices are calculated based upon the residual value of the car at the end of the lease period. If a new scrappage scheme is released and negative press around diesel cars continues, it is likely that they will become less desirable and therefore more expensive to lease.