Will motorway driving be safer at 80?

According to an IAM poll of over 2000 people, more than 70% of drivers think that the UK motorway speed limit should be increased by at least 10 miles per hour. 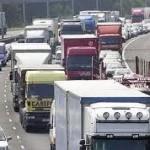 Not only do people feel that the limit should be higher, almost 60 per cent say they would be more likely to stick to an 80mph limit than they are to the current limit of 70mph.

IAM director of policy and research Neil Greig said: “Even though motorways are the safest roads, increasing the motorway speed limit is a controversial subject. This is why we want to see a trial to test its impact on road safety, fuel consumption and driver behaviour. 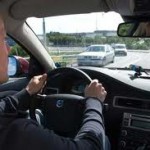 “A new 80 miles per hour limit would need to be properly enforced to make sure that it does not become an excuse to drive at 90.”

“Shortening journey times for people travelling at quieter times, as transport secretary Philip Hammond suggests, is a good idea, providing it doesn’t have a negative effect on safety.”

Would increasing the speed limit on motorways promote safer driving?  What are your thoughts?

Debbie has had exposure to every aspect of the business, ensuring a tight ship at every stage of the process. She thrives on achieving great results, all the while being a great person to laugh and joke about with.
Latest posts by Debbie Kirkley (see all)
Car News, Car Safety