Successful start to 2012 for BMW 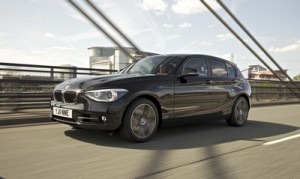 The BMW Group is celebrating starting 2012 on a high, with a significant upturn in sales during January.

Globally, the combined might of BMW, Mini and Rolls-Royce saw 112,163 vehicles delivered to customers which were either financed or leased.

The North American and Asian markets were particularly strong, and the BMW group anticipate even more growth as new models are introduced across their ranges.
The best January yet for BMW

Recording its strongest January on record, the start of the year saw BMW sales up 5.9% compared to 2011.

Leading the pack in terms of sales is the new BMW 1 series. Over 13,000 new BMW 1 series were acquired for purchase, lease or finance, an increase of 19.1% on last year.

While the BMX X1 saw a respectable growth of 5.6%, the BMW X3 had a staggering rise of 56% on last January, with over 9,000 models registered for purchase, lease or finance.

Not so Mini growth

The iconic Mini brand continues to be a popular choice worldwide to purchase, lease or finance.

The Mini Countryman reported the most dynamic growth, with 59% more models released for purchase, lease or finance than in 2011.

January saw strong growth for BMW in North America and Asia in particular.

In China, their third largest market for 2011, demand surged by 30% on last year.

America is BMW’s largest market, and so the company were particularly encouraged to see sales improving by almost 6%.

And despite dire warnings about the European market, continental customers are continuing to purchase, lease and finance BMW’s.

Both Switzerland and the Netherlands recorded sales that were more than 30% above those of January 2011.

France, Italy and Austria all saw sales increase by between 10 and 20% compared to the start of last year.

If you’re looking to purchase or lease a new BMW contact our sales team. Alternatively, visit our website where you will find new and used BMW’s available for sale or on finance.