Yes, you heard right. Driverless cars may seem like a futuristic sci-fi film highlight but they’re very much becoming a reality. Another name for the technology is autonomous driving. The first nod towards driverless cars was the introduction of intelligent cruise control. Intelligent cruise control uses a series of sensors and cameras to analyse the road and ensure a safe distance is kept from the vehicle ahead. With these principles as a starting point, technology is developing quickly towards driverless cars. In fact, it is predicted that driverless cars and indeed the whole motors market will be transformed in the next decade.

This video shows a driverless car for the masses.

How do driverless cars work?

Using a combination of lasers, radars, cameras and artificial intelligence the driverless car will mimic a person driving the vehicle. We’re not suggesting that there will be a robot sat in the driver’s seat. Instead, the cars onboard computer will make the necessary judgements surrounding every day driving decisions.

Will driverless cars be safe? 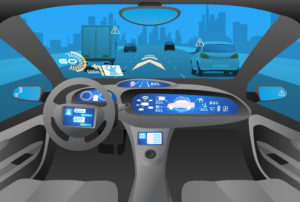 In 2008 the US National Highway Traffic Safety Administration conducted a study. During this study, it was found that 93% of crashes were fundamentally a result of human error. So while accidents will still occur it is highly likely that the volume will reduce significantly with driverless cars. Eliminating human error makes the roads dramatically safer. Think, there will be no more drink drivers, people talking on their phone while driving or falling asleep at the wheel. Of course, before driverless cars are welcomed onto the roads they would need to undergo rigorous testing.

When will the first driverless car be released?

Big car manufacturers have been noted to say that fully automated driverless cars could be launched as soon as 2020-2025. There are different levels of automation currently from no automation to high automation.

Will I still be able to drive the car?

This is a bit of an unknown. Until designs are released from the manufacturers we won’t know for sure if driverless cars will also have the option to take the wheel. As driving can be an enjoyable past time for some, it would seem beneficial to offer the choice. Ordinary cars won’t be rendered unusable because people still enjoy the activity of driving. But the safety of driving on a road of driverless cars will certainly be improved.

As a road user, having the choice to drive an open-top car down a country road on a sunny weekend or prepare for a meeting during a two-hour journey to visit a client will be a wonderful novelty.

Will there still be driving tests? 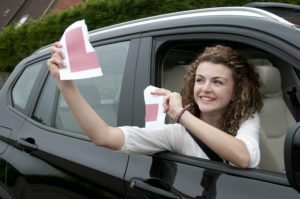 It is anticipated that there will still be driving tests but they will likely be very different. Much like the differences between tests for a manual and automatic vehicle entitle you to drive a certain type of car. The automated driving licence would authorise you to drive only automated models of vehicle. As a driver of an automated vehicle, you would be expected to learn how to operate and maintain the systems effectively. So you would be tested on a different range of skills.

Will I still need insurance?

It is predicted that yes, car insurance will still need to be purchased for a driverless car. This is to cover in event of a very unlikely accident in which you or the vehicle experience any damage. Partner at Kennedy’s International Law Firm indicated in a recent interview with The Guardian that “The most likely product will be a package underwritten by a motor insurer that the manufacturer offers at the point of purchase, use or hire.”

Another possibility is that new vehicles featuring advanced driver technology will be issued with a form of product liability and extended cover provided by the manufacturer.

Because semi and fully automated cars are designed to be safer and lead to a significant fall in the number of road traffic accidents it is very likely that premiums will be lower across the board. Experts predict that the price will be governed based on the technical capabilities of the vehicle instead of estimations and assumptions about the risk of a user.

Could driverless cars change how we own cars?

Absolutely! This would certainly be the case for young people living in City centres and urban environments. For these people, car ownership can make little financial sense anyway. With all of the necessary means on their doorstep, it’s likely these people will still choose to own a car. Instead, they would be more likely to purchase ‘mobility’ as a service.

Think like a driverless Uber that you can summon from your smartphone to pick you up from any destination. The driverless vehicle will make it’s way to your pick up address and drive you to your destination. As a user, you can input a variety of vehicle configurations such as whether you need a family car to pick you up or a shared commuter car in the outer central areas. Families or individuals in suburban or remote areas would most likely be the last to adopt a mobility service model. However, they may enjoy the benefits of owning a driverless vehicle. 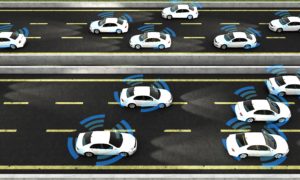 It is expected that the shift away from vehicle ownership will over time reduce congestion in built up areas. The service based mobility that is expected to replace vehicle ownership for a large number of young people in cities will include car sharing options. So, instead of there being 3-4 cars on the road travelling to the same destination there will be one service driven car. Essentially autonomous driving will allow for a higher density of vehicles on the road. Not only that, because the ability of the AI in place as the driving force will be so advanced, it is likely that these vehicles will be able to travel closer together without the risk you would find with their human counterparts.

Will driverless cars reduce the risk for other road users?

We are only just beginning to explore how pedestrians and cyclists will be able to interact with the vehicle. Not having a human driver will reduce the risk of human error. However, during testing of driverless cars there could be bugs. Like in this video of a reporter going in a driverless car for the first time

In an interview with The Guardian a vehicle expert argues that there’s a risk, initially at least, that pedestrians and cyclists may try to “test” AVs to see how they react. “In Singapore, they are currently testing autonomous vehicles in public parks and they tell us that the large majority of incidents [near misses] are not due to the vehicles malfunctioning, but to people jumping in front of the cars to test whether they stop in time.”

As with any new technology, there will be teething problems and failures. However, the overall benefits of fewer accidents, less congestion and a more pleasant road experience are second to none.