Are Mercedes expensive to maintain?

Mercedes is a luxury manufacturer and it's assumed that maintenance costs will reflect this.

What is covered by a manufacturer’s warranty?

A comprehensive article about what is and isn't covered under the manufacturers warranty.

When you purchase or lease a new vehicle you also benefit from a manufacturer's warranty. Not all warranties are the same, so what is covered and what isn't? In this article we take a look at the finer details (not the small print) of manufacturers' warranties.
Read More ...
car warranty, manufacturers warranty, third party warranty, vehicle warranty, More Tags

What is Vehicle Excise Duty

Vehicle Excise Duty - also known as Road Tax can be confusing, we go into the detail...

Everything you need to know about Company Car Tax...

If you're considering getting a company car then it's likely you've come across the term Company Car Tax more than once. Company Car Tax is something that can be quite complicated. In this article we talk about the rules and regulations behind it, including how it's calculated and we go into some of the things you'll really want to know including how driving an electric company car may benefit you between 2020 and 2023.
Read More ...
Benefit-in-Kind, Car tax, co2, co2 emissions, More Tags

Can I have a private plate on my lease car?

What do I do if I want a private number plate on my lease car?

Why is my car not showing on the DVLA database?

Can't see your car on the DVLA database? This could be why...

You’ve got your new car, and you want to check something on the DVLA. Maybe you want to check when your car tax is due, or you just want to have a look to make sure it’s on there. But, it’s not. You can’t find your car on the DVLA. There are a few reasons why this might be the case, In this article we talk more about what the reasons may be, and what you can do to change it.
Read More ...
DVLA, dvla database, learning center, why is my car not showing on the dvla

We count down the best leasing companies in the UK... 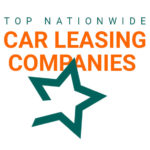 Every year here at OSV, we work with well over 1,000 individuals and businesses in an effort to help them find the right vehicle for their leasing needs. And although we generally can find the right fit for most of our customers, we realise there are occasions when another leasing company may be the better option. In this article we give you a list of some of the companies that have a solid vehicle leasing history in the UK. Please keep in mind there are assuredly companies with a sound reputation that aren't on this list. Simply put, we can't include everyone, At OSV we understand that knowledge means better buying decisions.
Read More ...
best car leasing, best leasing companies, car leasing companies, Learning Centre, More Tags

A list of the best electric vans available in the UK

Looking for a van that lowers your carbon footprint? We look at the top electric vans... 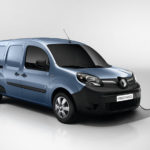 Are the WLTP rules too confusing? In this article we explore how they can actually benefit you! 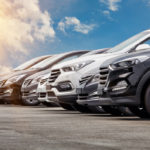 We know how the story goes - you buy a car that has an official fuel consumption figure of 65.6mpg, but find yourself managing just 52.1mpg all the time. It’s a drag and you’re paying out more than you expected. What gives? Measuring these figures can’t be easy for the testers involved, but it’s hoped that it’s just about to get a whole lot easier. For more than thirty years, the New Driving Cycle (NEDC) has been used to carrying out fuel economy and European new car emissions tests. As of September 2017, however, a new test has replaced the dated NEDC. It’s called the Worldwide Harmonised Light Vehicle Test (WLTP). In case you were wondering what it’s all about and what it will mean for you as a driver and car owner, OSV has got you covered with our article all about the WLTP.
Read More ...
Learning Centre, wltp. what is wltp

Getting a used car through OSV: FAQ

We look at getting a used car through OSV... 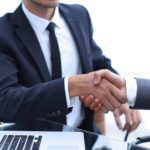 At OSV, we mainly talk about new cars and vans. But did you know that we also offer used cars? That’s right, it’s not something we do all that often, but we offer used cars and vans on finance and to buy outright. However, we haven’t done that many articles on getting a used car or van, so we haven’t yet answered many of the questions our customers ask. So in this article, we are going to answer your frequently asked questions, ranging from what finance options are available to why you should get a used car from OSV...
Read More ...
getting a used car through OSV, Learning Centre, Tips and Advice, used cars