Home / Learning Centre / Are diesel cars being discontinued? We investigate

Are diesel cars being discontinued? We investigate

Are diesel cars being discontinued?

It’s a little too early to know if diesel cars are being discontinued. Transport experts have been talking for some time about diesel cars being discontinued. This is because the government is under pressure to place more importance on reducing air pollution. The supreme court has ruled that UK Government must take urgent action to tackle air pollution. This industrial action has prompted discussions about diesel cars being discontinued. The EU previously demanded that Britain cut nitrogen dioxide levels to 40 micrograms of per cubic metre by 2010. The UK have failed to reach this target. As a result, the European Commission have threatened to fine the UK millions of pounds.

This action may lead to a decision to discontinue the production of diesel vehicles for use in the UK. Mr Edmund King from The AA makes some valid points in this article from The Telegraph website. He says “This won’t just affect big polluting trucks, but taxi drivers and families with people-carriers as well. This could drive down the value of cars dramatically. We all want better air quality but knee-jerk reactions without considering the science will not help air quality, industry or drivers.”

Why are diesel cars being targeted?

This is a topic of some controversy. The previous Labour government pioneered the use of diesel vehicles in 2001. Then chancellor Gordon Brown led a famous ‘dash for diesel’ campaign. The rationale behind Mr Brown’s decision was the fact that diesel engines produce lower levels of carbon dioxide. This is because they are approximately 20 percent more efficient than petrol engines. However, in January Labour announced they made the wrong decision. The past decade has seen a dramatic increase in diesel vehicles on Britains roads with the total toll now reaching more than 11 million. Labour failed to consider those diesel vehicles emit up to twice the nitrogen dioxide of unleaded vehicles.

That being said, cars are not the leading producer of nitrogen dioxide in Britain. The SMMT published a report stating that electricity and heating generation account for 55% of the overall nitrogen dioxide production in the UK. This fact has left some motorists feeling dejected. I’m not surprised! First, motorists were incentivised to buy diesel vehicles and now they face massive losses in the value of their cars. This will worsen should diesel engines be less desirable and even discontinued. Drivers of diesel vehicles already pay £3 more to fill their tanks so this must feel like a kick in the teeth.

What are the health concerns of air pollution?

Nitrogen dioxide is a gas which in high concentrations causes inflammation of the airways. Nitrogen dioxide and nitric oxide are referred to together as oxides of nitrogen (NOx). Defra estimates that deaths in the UK are 4% higher due to nitrogen dioxide pollution – around 23,500 extra deaths per year.

What will the government do about existing diesel cars?

Members of The House of Commons are currently discussing a diesel scrappage scheme to overcome their problems. Similar to the vehicle scrappage scheme in 2009. The successful campaign prompted more than 300,000 drivers to replace their cars in the first year of launch. The diesel scrappage scheme will be similar. This time designed to encourage diesel car owners in high polluting areas to scrap their vehicle and receive a premium towards a new low-emission car. Some members of government believe that incentives shouldn’t be limited to replacement vehicles. Talks of including options like public transport and bicycle grants to replace motorists vehicles may be included.

This video from Conservative MP John Hayes talks about how he will compensate Diesel car owners. He states that the Government won’t penalise those worse off in the bid to tackle air pollution.

Mr Hayes also notes in the video that diesel vehicle owners could be incentivised to use alternative methods of transport such as public transport and bicycles.

When does the diesel scrappage scheme come into place? 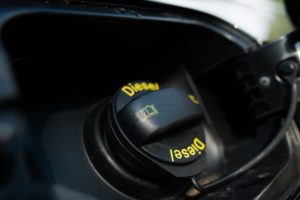 The Government is keen to rid Britain’s roads of diesel cars by 2030. The scheme will be launched in 2017. It follows a successful French initiative which has resulted in more than 100,000 people driving all-electric cars in France. All-electric cars are no more popular than Hybrids in France.

The diesel scrappage scheme is rumoured to offer up to £8,000 towards the cost of a new vehicle when they trade in their diesel car.

Do I choose an electric, diesel or petrol car?

This is an important question to answer during your research. Diesel vehicles are up to 30% more economical that their petrol alternatives, however petrol fuel prices are cheaper. Find out the true MPG of a car with this handy tool from What Car. Diesel vehicles are more economical for drivers who do a large amount of mileage so considering how you use your vehicle will help lead you to an appropriate decision.

A diesel car is typically cheaper to insure but servicing and maintenance costs are higher than in their petrol alternatives. It’s also worth noting that additional taxes on diesel fuel could be levied in the future.

News that diesel cars could be discontinued will mean that they become less desirable.This would have a dramatic effect on the depreciation of a diesel vehicle and the resale value could be reduced significantly. Electric vehicles are increasing in popularity with a 20% increase in electric car sales in 2016. They still only account for 4% of total cars used in the UK though.

Electric cars come with a higher price tag. The common misconception is that they are cheaper to run than petrol vehicles. If you are considering purchasing an electric vehicle, there are government grants in place. You should consider researching these electric vehicle grants.

I think the government will have quite a task on their hands if they want to rid the UK of diesel cars completely. I don’t see many people voluntarily giving up their vehicle in favour of a bus ticket either. The continued increase in popularity of all-electric and hybrid cars is no surprise, but the adoption of these vehicles is a slow incline. The future of diesel cars is looking bleak. On the plus side, the health benefits of cleaner air will be enjoyed by us all.