A brief history of Mazda

We take a look at the history of Mazda...

In 2015, Mazda produced 1.5 million vehicles for global sales. It was also the fifteenth biggest automaker by production worldwide.

But it hasn’t been plain sailing for Mazda. The car manufacturer has had some bumps along the way. In this article, we look at the history of the Japanese automaker, and how they became the manufacturer we know and love today.

When did Mazda start making cars?

Mazda began as the Toyo Cork Kogyo Co.Ltd. It was formed in Hiroshima in January 1920. Originally founded to manufacture machine tools, Toyo Cork Kogyo had to be saved from bankruptcy in the late 1920s. It was saved by Hiroshima Saving Bank as well as other business leaders in Hiroshima.

It was in 1931 that Toyo Kogyo started making vehicles, with the introduction of the Mazda-Go autorickshaw. This was a three-wheeled truck. In 1931, 66 units were built.

The following year Toyo Kogyo started exporting these trucks to China. It was also using the Mazda-Go that Toyo Kogyo launched their first advertising campaign.

The campaign saw four Mazda-Go Type KC36 trucks and one Mazda-Go Type-DC taking part in a caravan from Kagoshima to Tokyo. They covered 2,700 kilometers in 25 days.

Although Toyo Kogyo didn’t adopt the Mazda name until much later in the century, all vehicles were under the name of Mazda. During the Second World War, Toyo Kogyo produced weapons for the Japanese military. Notably, they produced the series 30 to 35 Type 99 rifle.

What happened to Mazda after World War Two?

As you are well aware, the war in Japan came to an end after the bombings of Hiroshima and Nagasaki in 1945.

Exports of the Mazda-Go restarted in 1949 to India. It wasn’t until 1958 that Mazda introduced another vehicle. This was the Romper, a 4-wheel light truck.

When did Mazda make their first passenger car?

The first passenger car Mazda produced was the R360 Coupe. It was a two-door, four-seater coupe that made the dream of owning a car a reality for many workers in Japan. At only 300,000 yen (just over £2,000 today), the R360 Coupe achieved a fuel economy of 32km/litre (about 19 miles). This was mainly due to it’s low weight. It also came in automatic and manual transmissions. In December 1960 alone, 4,090 units were bought.

The first four-door passenger car produced by Mazda was the Carol 600. It was introduced in 1962. The following year, the Familia Van was launched. Production had reached 1 million vehicles by this point and Mazda was going from strength to strength.

Mazda and the Wankel Rotary Engine

In the beginning of the 1960s, Mazda put a huge effort into the development of the Wankel rotary engine. This was to set themselves apart from the other Japanese automakers.

Mazda formed a business relationship with German company NSU and began a limited production of the Cosmo Sport. This was launched in 1967. Mazda have continued to use the Wankel engine to this day in the Pro Mazda Championship. NSU and Citroen both gave up on the design during the 1970s. Mazda even produced the Mazda Rotary Pickup. This meant that Mazda became the only manufacturer ever to create a Wankel-powered pick-up truck.

The effort to get themselves noticed worked, and shortly after Mazda started exporting to the rest of the world. In 1967 Mazda established their sales company in Canada and began full-scale exporting their rotary engine vehicles.

However, the 1973 oil crisis led to American, and worldwide, buyers turning their backs on gas guzzling engines. This included the rotary-powered models. In 1975, Mazda suffered a huge loss and was on the verge of bankruptcy. It was saved by an intervention by Sumitomo bank. Luckily, the company hadn’t moved completely away from the piston powered engine and continued to produce piston-powered vehicles.

When did Mazda enter a partnership with Ford?

From 1974 until 2015, Mazda had a partnership with Ford Motor Company.

The partnership began due to Mazda’s financial difficulties. The cooperation between Mazda and Ford started in 1971 with the Mazda B-Series. The B-Series spawned a Ford Courier variant for North America. The official partnership began in 1979 when Ford acquired a 7% financial stake in Mazda.

This partnership led to a number of collaborations between the two, particularly in the pickup area. The Mazda Bongo and Titan cab-over trucks were sold with Ford badging in the Asia and Pacific region. The Familia platform was also used for Ford’s Laser and Escort. During the 1980s, Ford increased their stake to 20%.

In the Asia and Pacific markets, many Ford-badged Mazda products replaced much of their own lineup.

The Mazda 121 was sold in Europe and South Africa. For a while, this was a variant of the Ford Fiesta. Mazda helped Ford develop the Explorer, which Mazda sold as the Navajo. Funnily enough, the Navajo wasn’t half as successful as the Explorer, even though they were pretty much the same car.

It was in the 1990s that Ford increased their stake again. Mazda were again in financial difficulties. This was partly due to the Asian Financial Crisis of 1997.

They increased their stake to 33.4% controlling interest in May 1996. Henry Wallace was appointed President and set about huge changes for Mazda.

This included restructuring the company and pushing the brand in a different direction. Much of this work put Mazda back on track and out of financial difficulties. Cars in this period included the redesigned Mazda Roadster.

When did Ford sell Mazda?

Fast forward to 2008 and the global financial crisis. Reports emerged that Ford were considering selling their stake in Mazda. In November 2008, Ford announced they were reducing their stake to 13.4% surrendering control of the company. Mazda bought back 6.8% of its shares.

Ford decreased their share even further in 2010, meaning they had only a 3% share in Mazda. Finally, in 2015, Ford sold its remaining shares in Mazda.

When was the Mazda3 launched?

The third generation was introduced as a 2014 model and is the current Mazda3 model.

When was the Mazda6 launched?

The Mazda6 is probably one of the most well known Mazda vehicles today. First launched in 2002, it was produced to replace the Mazda Capella.

The Mazda6 sold one million units faster than all previous Mazdas. The second generation Mazda6 was launched in 2008 and the third generation launched just last year (2016).

When was the Mazda MX-5 launched?

The MX-5 is another very popular Mazda, though it’s quite different from the Mazda6.

The Mazda MX-5 was the Mazda Roadster and originally debuted in 1989 at the Chicago Auto Show. The second generation MX-5 launched in 1998 with the third generation not launched until 2005.

The Mazda MX-5 is the best-selling two-seat convertible sports car in history. By April 2016, over one million MX-5s had been built and sold around the world.

After the partnership with Ford ended, Mazda raised more than 150 billion yen to replenish capital.

In May 2015, the company signed an agreement with Toyota. The agreement means that Mazda will supply Toyota with their SkyActiv technology. In return, Toyota will supply Mazda with hydrogen fuel cell systems.

And that brings us to the present day. Mazda is still going strong and is becoming an increasingly popular sight on British roads. And, after the agreement with Toyota, it might not be long before we have a Mazda running on a hydrogen fuel cell. 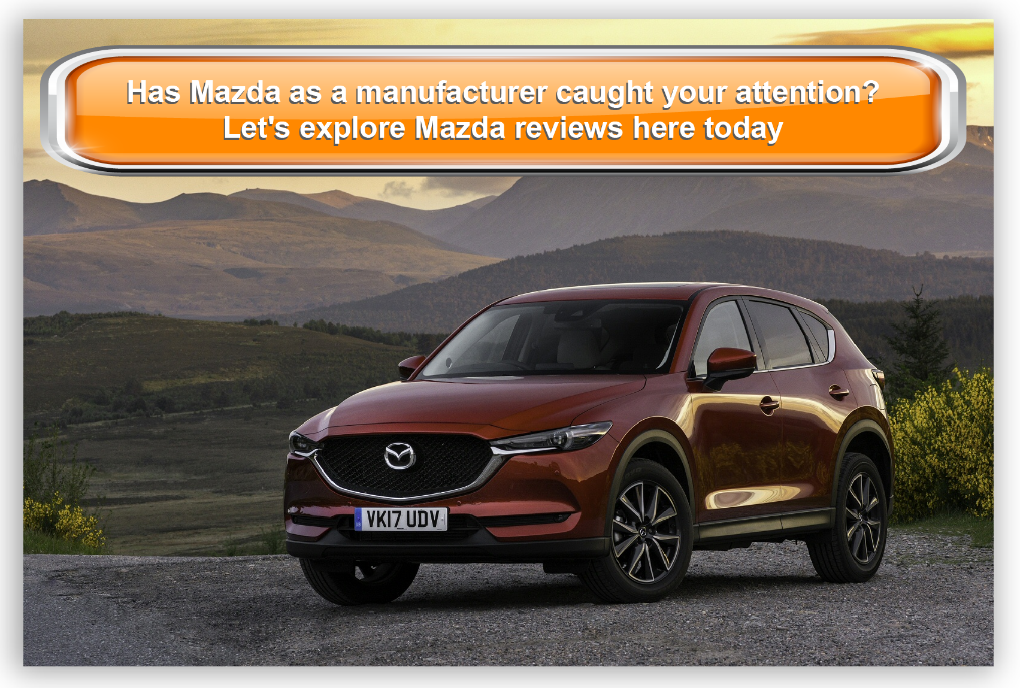