History of Tesla: From Silicon Valley to global

Now at the forefront of innovation and renewable energy, it wasn't always plain sailing for Tesla...

From Silicon Valley to across the world, Tesla has redefined the way we see electric vehicles.

After quite the shaky start, Tesla has established itself at the forefront of innovation and renewable energy.

Though Tesla doesn’t have a long history, unlike many car manufacturers, it definitely has an interesting one. Lawsuits, fires, and a lot of money, the short history of Tesla is anything but boring.

When was Tesla founded?

Tesla was founded in 2003 by Martin Eberhard and Marc Tarpenning, engineers from the tech capital of the world, Silicon Valley. They created the brand determined to prove that electric cars were better than petrol.

The company shares its name with Nikola Tesla, the inventor and engineer who designed the modern alternating current electric supply system. It was using this system that Tesla designed the Tesla Roadster, the company’s first vehicle, launched in 2008. The Roadster was the final product after a deal with Lotus, who manufactured the complete cars but without the powertrain.

When did Elon Musk become CEO of Tesla?

Eberhard and Tapping funded the company until 2004 when Elon Musk led the Series A round of investment. He joined Tesla as Chairman of the Board and further boosted Tesla by injecting a further $13 million into the company.

However, Tesla was in trouble. The cost of making the car had sky-rocketed and investors were getting worried. Not only was it extortionate to make, the factories didn’t even have the tools to build the car in the first place. At the end of 2007, Musk invested another $20 million to the company and finally, despite the many, many challenges, the Roadster was unveiled. By 2008, Musk was CEO of Tesla and had invested $70 million of his own money into Tesla.

When did Daimler AG invest in Tesla?

It was shortly after this that Daimler AG acquired a stake of less than 10% in Tesla. It may have only been less than 10% but at $50 million, the makers of Mercedes-Benz effectively saved Tesla from bankruptcy. And it wasn’t a bad investment. Today, just 10% of Tesla is worth billions.

It was shortly after this that Tesla received a $465million from the United States Department of Energy. This was part of their Advanced Technology Vehicles Manufacturing Loan Program, and you’ll be pleased to know they paid it back in 2013.

When did Tesla launch its IPO (Initial Payment Offering)?

Shortly after this, Tesla unveiled the Model X SUV. This was the first SUV by Tesla and was launched in 2012. It was around this time that Tesla began building electric charging stations around California. When the superchargers were announced there were only six stations operational. Now, there are over 200 worldwide.

When was the Model S launched?

The Model S was delivered to customers in June 2012. The first delivery in Europe took place in 2013 and, in China, 2014, along with right-hand drive vehicles for the UK, Australia and Hong Kong.

The Model S was ranked the world’s best-selling plug-in car for the second year in a row in 2016 and was soon the best selling plug-in electric vehicle in history after the Nissan Leaf. The United States is the world’s leading market for the Model S, with Norway being the largest overseas market.

When was the Tesla Model X launched?

The Tesla Model X is a full-sized crossover SUV and was delivered to customers in September 2015. It is offered in 5,6, and 7-passenger configurations. It also has falcon-wing doors that open vertically.

The Model X was ranked as the top selling plug-in electric car in Norway in September 2016. Interestingly, Norway is the first country to have all-electric cars topping their new car sales monthly.

When is the Tesla Model 3 released?

However, the week preceding the debut of the vehicle, Tesla’s stock value declined more than $12 billion. This was due to a combination of factors that ultimately disappointed investors. As of October 2017, Tesla reported delivery of just 220 Model 3’s due to bottlenecks in production.

In 2009 Eberhard filed a lawsuit against Tesla and Musk for slander, libel and breach of contract. However, Musk published, in detail, documents demonstrating that Eberhard was most definitely fired from Tesla by the board of directors. A judge in the California Superior Court struck down the claim made by Eberhard who asked to be declared as one of the two founders of the company.

The case was dropped and settled out of court a few months later. The outcome was that Eberhard, Musk, Straubel, Tarpenning and Wright were all listed as co-founders of the company.

Tesla tried, but were unsuccessful, in suing Top Gear in 2008 for libel and malicious falsehood. In one episode, Jeremy Clarkson was seen driving a Roadster around the test track, complaining about a range of only 55 miles. The show then filmed workers pushing it into the garage, supposedly out of charge.

Tesla claimed that they provided two cars, and at least one of which was ready to drive. They also claimed that neither car ever dropped to below 25% charge, accusing Top Gear of staging some of the footage. The libel claim was rejected, as were the falsehood claims a year later.

The Future of Tesla

Quite interestingly, if you put the current models together they spell S3X, the model Y will mean that the Tesla models spell S3XY.

In May 2017, Elon Musk indicated that there might be a 10 and 12-seater passenger versions of the Model X on the horizon. This is opposed to a Minibus design that was discussed in 2016.

However, in 2017 workers filed unfair labor practice charges against Tesla, alleging that they used surveillance, coercion and intimidation and there were also reports of workers passing out on the factory floor from being overworked. However, Musk has disputed these allegations.

Tesla have made a huge impact on the automotive industry, and have revolutionised the way we see electric cars and the future of motoring. Despite a rocky short history, we think they will continue to pave the way for electric vehicles in the future. 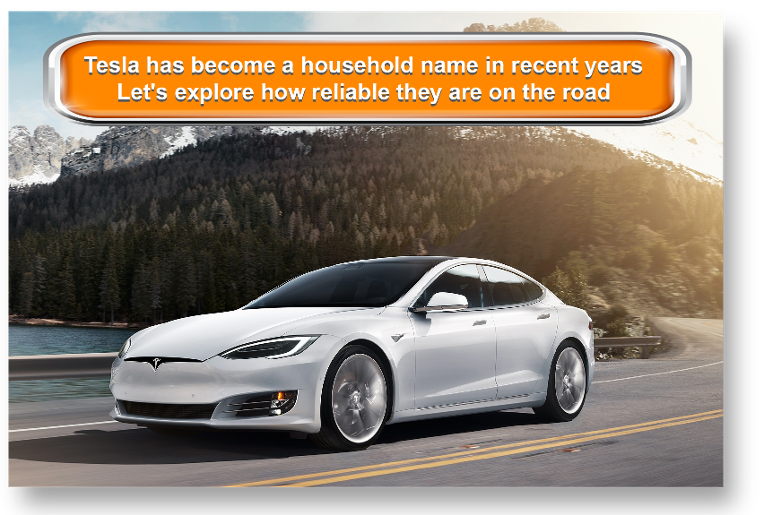