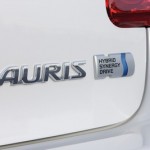 Powertrain. Built in the UK, there are few differences between the Hybrid model and the regular Auris including blue tinged badges and a slightly different grille.

Facts and figures on the Auris Hybrid:-

Figures above are based on the Auris 1.8 DOGC VVTi (98hp) T-Spirit

More and more people are buying/leasing Toyota Auris Hybrid’s. Why is this? It may be 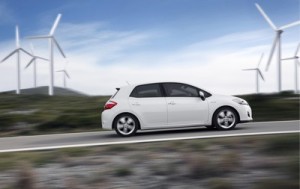 Toyota Hybrid is now available in the Auris

The Hybrid drive is comfortable and quiet (as you would expect from a Hybrid) and holds the road very well.

If the 2011 Toyota Auris Hybrid is not for you, you may want to consider:-

Would you buy, finance or lease a 2011 Toyota Auris Hybrid?